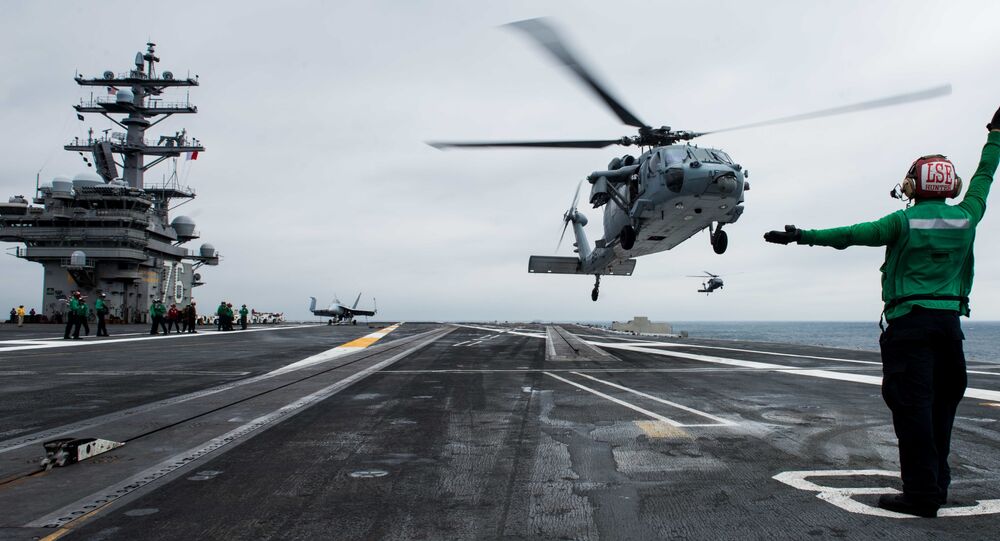 Two US Navy sailors assigned to the nuclear section of the USS Ronald Reagan aircraft carrier are under court-martial over their involvement in an alleged LSD ring.

The drug ring, based out of the aircraft carrier stationed in Japan, has been a subject of investigation since at least February.

According to a charge sheet, Andrew W. Miller, an enlisted sailor, used, possessed and distributed LSD, a highly hallucinogenic drug, between January and February.

Sean M. Gevero, who is also enlisted, is charged with distributing LSD and possessing an illegal steroid, according to the document.

© CC BY 2.0 / International Campaign to Abolish Nuclear Weapons
US Air Force Suspends 14 at Nuclear Missile Base for Cocaine, Other Drugs

Seventh Fleet spokesman Lt. Joseph Keiley said that special courts-martial against the men are coming but refused to name the defense attorneys representing them.

The Navy is also considering whether to charge three other sailors on the carrier for using and possessing drugs, officials told the Navy Times. Two of them could wind up facing charges of conspiracy to distribute drugs, as well as wrongful use and possession of them. The sailors are awaiting what's called an Article 32 hearing, wherein an officer hears evidence against the suspects and then makes a recommendation to command about whether their cases should go to trial.

The last of the three men potentially involved but not currently facing a court-martial had his Article 32 hearing in September, but a decision has not yet been made about his fate.

There isn't any evidence that any of the five sailors sold drugs to Japanese citizens, Keiley said. In fact, local prosecutors dropped the case after an investigation into that matter turned up nothing.

US, China 'Will Meet More and More on High Seas' – Navy Chief Richardson