Hardly had the dust settled after reports on the Spanberger campaign mole settled, when New York investigative journalists dug out news facts about Texas Democrats practically assisting illegal migrants at the US-Mexican border at the taxpayers’ expense. Some of them, namely the use of a “prepaid card”, appear unknown to the campaign management.

The footage sports Jody reiterating “no comment” multiple times, while one of the campaign staffers, Dominic Chacon, expressed determination to pick some immigrants up at the border as well as provide a supply of “food and blankets,” and give rides to Honduran “aliens,” with another man in the video weighing in saying “there is no rule book” with regard to this. The staffers noted that the money could perhaps be intended for Halloween “block walks” or some other “campaign event.”

In the course of the conversation captured by a hidden camera, one other campaign staffer remarked she had already helped someone from the caravan and would see if she could help more, with “four, three, two hundred more” still coming.

However, he afterwards speculated about the staggering $50,000 dollars in fines, saying in the event of being caught red-handed “more than once”, “that’s a lot of f***ing money.”

Another staffer remarked, although rather chaotically, that she “told Jody and her director,” about the assistance,  with another later citing Jody’s text message, in which she praised her team’s efforts, expressing her “happiness to see y’all there, still working, still contributing.” Chacon further noted Jody was “good about” them using campaign resources and “getting this stuff done.”

“Well, she doesn’t know that we used the, the prepaid card, but it’s okay. She doesn’t need to know,” he went on to say, adding they managed to get away with packing supermarket carts with “baby wipes” citing the heat outside and even added they could “probably use, get away with using vans.” The later, he implicated, was something Jody was unaware of. 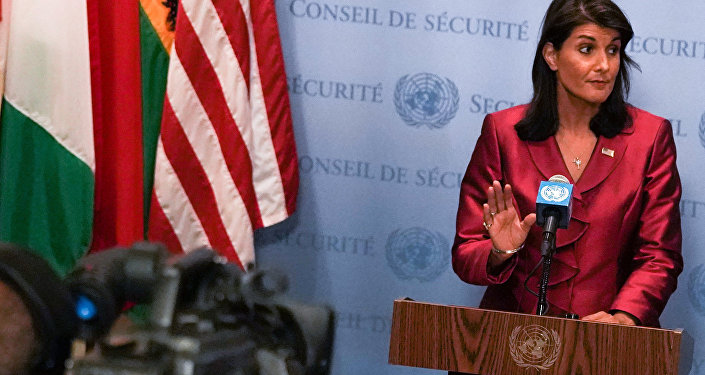 Secretary of State Mike Pompeo has pledged that the US would turn back the caravan of migrants heading to Texas on the southern border of the US from their home countries in Central America. The Washington Post cited the migrants from the caravan as saying that they merely sought employment in the US, which is insufficient grounds for obtaining refugee status in the US.

Earlier, President Donald Trump, echoed by a number of other Republicans, vowed to cut off US aid to Honduras, El Salvador and Guatemala over their failure to stop migrants from leaving their countries to come illegally to the United States. He argued that the Democrats "openly invite" hordes of illegal aliens to the US so that they could easily violate the country's borders and laws.

Earlier this week, a conservative group was accused of infiltrating the campaign of Abigail Spanberger, a Democrat in a tight race with Republican Dave Brat in Virginia’s 7th District. Veritas’ James O-Keefe suggested that the undercover work had borne fruit but was sadly cut short by the ouster of the mole, whom the Spanberger campaign identified as Marisa Jorge.  It is noteworthy that in one of the two released videos, Jorge lauds the “diversity” of Spanberger donors, noting that former FBI director James B. Comey and Jonathan Soros, the son of billionaire left-winger George Soros, are among them.