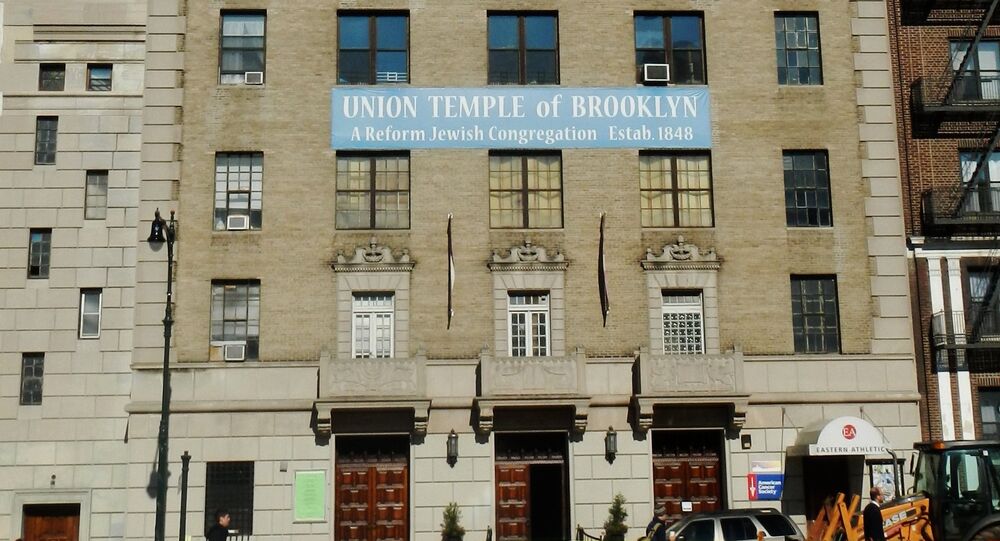 On October 27 US citizen Robert Bowers entered the Tree of Life synagogue in Pittsburgh, Pennsylvania and started shooting people inside, killing 11 and injuring 6. He was shouting "all Jews must die" throughout the attack.

A political event hosted by Ilana Glazer, an American comedian, writer, and actress, that was to take place in a Brooklyn synagogue was canceled after several "anti-Semitic messages" were found written inside by an unknown vandal. According to the New York Police Department, the inscriptions were found on the stairwell of Union Temple in Brooklyn, on the second and fifth floor of the building. A synagogue custodian also shared with the NY Post that "Kill all Jews" was inscribed on a building door.

Glazer, who was to interview New York state Senate candidates Andrew Gounardes and Jim Gaughran during the event, came out to the crowds awaiting the show's kick off and announced its cancellation due to disturbing messages left on the walls. One of the visitors later told the NY Post that Glazer "didn't feel comfortable ushering 200 people into the enclosed space" where they would be "sitting ducks" taking into account the events that took place in Pittsburgh a week ago.

The incident caused a stir on social media, with many users calling to catch and punish those responsible for anti-Semitic messages.

I can’t believe this is happening in NYC. I hope they catch the criminals who did this

The anti-semitic bugs must be squashed.

Many more were shocked by the fact that such a thing could happen so soon after the deadly shooting in a Pittsburgh synagogue.

Swastikas were discovered on the Upper West Side yesterday, and now the inside of a Brooklyn Synagogue has been defaced with anti-Semitic threats.

What the hell?!? I just don’t understand how people can be so hateful.

A synagogue in Orange County was defaced a few days ago and multiple ones in LA are on high alert because of a suspicious person. So much hate spreading all over. My heart goes out to everyone affected. I wish there was more we could do to help directly. 💔

Some called the perpetrator, who left the messages "a coward."

And there's a reason they don't come forward about it.

Others suggested that Glazer should have still held the event, despite the anti-Semitic scrawls.

Should have still had the event. Don't hide the hideousness of religious hate. This is what we fight against.

The incident took place a week after US resident Robert Bowers assaulted the Tree of Life synagogue in Pittsburgh, Pennsylvania killing 11 visitors while shouting "all Jews must die." Following a shootout with police, which left several officers wounded, the perpetrator was shot and arrested.

The anti-Semitic nature of the crime has sent shockwaves not only through US society, but the world in general. Many world leaders have offered their condolences over the mass shooting.