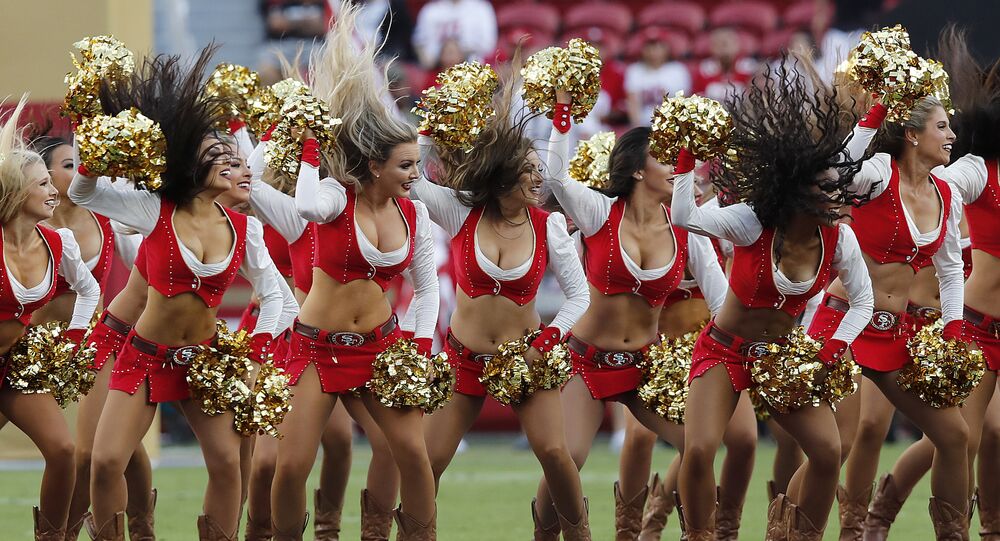 Over the past two years, National Football League (NFL) players have on multiple occasions knelt during the national anthem to protest against what they describe as the US justice system’s unfair treatment of African-Americans and other minorities.

A cheerleader for the San Francisco 49ers was caught on camera seemingly kneeling during the US national anthem before the team’s game against the Oakland Raiders on Thursday.

While the rest of the cheerleading squad stood in unison, holding their pom-poms during the anthem, the woman, who has not been identified yet, appeared to take a knee and put her hands on her hips.

One of the Niners cheerleaders is taking a knee. pic.twitter.com/DW5SJqh9zj

The bold move, which may or may not have intended to send a message, has garnered much attention on social media, with some praising the courageous cheerleader:

Inspired that she shows that strength!

Love it! I stand with @Kaepernick7 💪🏾

that is awesome. very commendable and courageous woman.

Others, however, blasted her for being disrespectful to the country and suggested that she be fired:

Disrespectful to our country, our service members, and our flag. She's not a valued member of the football team or her squad. She should be let released from the squad. She's easily replaceable with someone we can respect and someone we would like to watch cheer on her team.

That is not heroism. Fighting for your country risking your life is heroism. Anyone who protests anything at their place of work should be fired. It's called being an idiot not heroism. Educated people know this.

She should lose her job

© Photo : Sean Clancy/twitter
Just Burn It: Americans Destroy Nike Gear, Boycotting Ad With NFL Protest Player
The move was popularized by former 49ers quarterback Colin Kaepernick, who first kneeled during “The Star-Spangled Banner” in the third preseason game in the 2016 season in a bid to shed light to what he called was racial injustice in the United States, and police killings of African-Americans.

In March 2017, Kaepernick opted out of his contract with the 49ers and in November that year filed a grievance against the NFL, alleging that NFL owners had colluded to keep him out of the league.

Dozens of other NFL players have followed suit over the past two years, but this seems to be the first time a NFL cheerleader has done it.

President Donald Trump has repeatedly condemned such protests, insisting that players involved be suspended without pay. In May, NFL Commissioner Roger Goodell announced that the league would fine players who disrespect the American flag and national anthem.