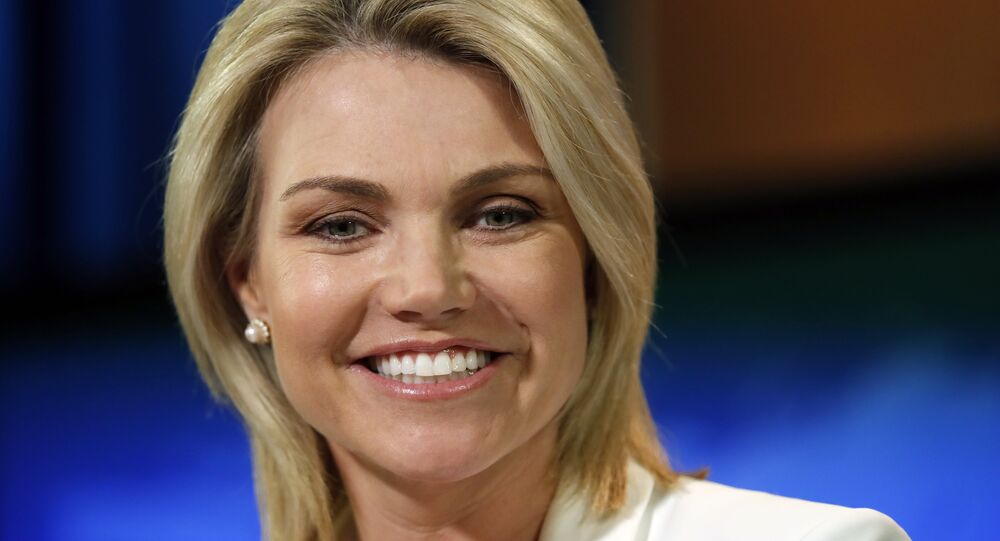 Speaking after Nikki Haley’s announcement, President Donald Trump told White House reporters that he was to choose between a handful of people for the position, and that he would prefer a female candidate to take on the role.

READ MORE: 'It is a Secret': Russian Envoy to UN Preparing Goodbye Gift to Outgoing Haley

Here are the four reported frontrunners in the race for the post critical to the representation of the United States on the international arena:

According to The Daily Caller, citing a source with knowledge of the situation, State Department spokeswoman Heather Nauert a former Fox News anchor, is a leading contender to replace Nikki Haley as US Envoy to the United Nations by the end of the year.

A number of US media outlets, however, suggest that she might face obstacles during a Senate confirmation process given her lack of diplomatic experience.

The president reportedly met with Nauert on Monday, although it remains unclear whether the two discussed the potential job promotion.

President Trump is also looking closely at another female candidate to replace the outgoing Haley, US Ambassador to France and Monaco Jamie McCourt.

READ MORE: Trump May Tap US Ambassador to France McCourt to Replace Haley in UN — Reports

© AP Photo /
From Jabs to Praise: Things to Know About 'Intense Years' of Outgoing US Envoy to UN Nikki Haley
McCourt, who has served as ambassador to France and Monaco since late 2017, was initially nominated as US Ambassador to Belgium.

She was previously a co-owner of the Los Angeles Dodgers baseball team, and, according to her biography, became the highest-ranking woman in Major League Baseball.

In late October, Bloomberg cited three insiders as saying that President Trump had scheduled a meeting with McCourt at the White House to discuss the continuing search for a UN envoy.

The third female candidate to potentially fill Haley’s shoes is reported to be US Ambassador to Canada Kelly Knight Craft.

By a twist of fate, Craft, who was described as a major Republican donor, was nominated as an alternate delegate to the United Nations by President George W. Bush in 2007, where she mainly concentrated on US engagement in Africa.

© AP Photo / Hector Retamal
'Charismatic Personality': Russian Envoy to UN Regrets Haley's Departure
Even though Trump previously said that he would prefer to keep US Ambassador Richard Grenell in Germany, the media has been speculating that he’s now seriously considering him for the job.

After being appointed as Director of Communications and Public Diplomacy for the UN in 2011, Grenell was the longest serving US spokesman at the United Nations, having advised four different US ambassadors until 2008.

He ran communications on such issues as the war on terror, North Korea and Iran’s nuclear programs, global peacekeeping operations, etc.

In mid-October, Grenell, who was confirmed as ambassador to Germany in April 2018, reportedly met with officials at the White House to discuss the new job at the UN.