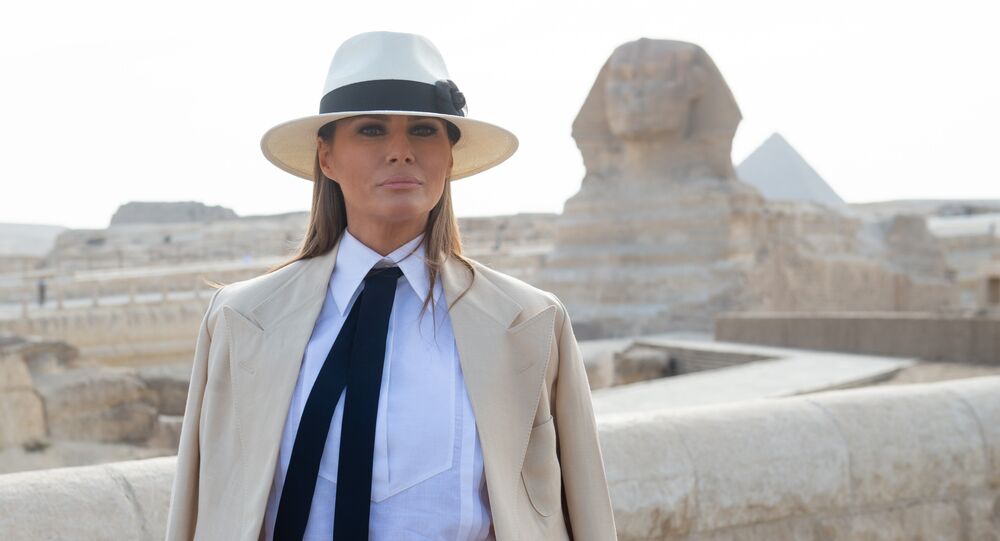 In October, the First Lady of the United States, Melania Trump, embarked on a solo tour of Africa, visiting Kenya, Ghana, Malawi and Egypt.

Melania Trump’s spokeswoman Stephanie Grisham has dismissed a report by Quartz, alleging that the first lady spent a night in a Cairo hotel, which cost “over $95,000,” as an “example of irresponsible journalism.”

Hi @qz — the First Lady did not stay the night in Cairo. This is an example of irresponsible journalism & had someone (@JustinRohrlich) fact checked things w me, this could have been avoided. https://t.co/cbpfg5PUj2

After Grisham’s sharp remark, Quartz added an editor’s note to the article to state that the spokeswoman clarified that the first lady was in Cairo for six hours and didn’t spend the night at the hotel.

Social media users were, however, left baffled, saying that while Grisham denied the fact that FLOTUS spent the night at the hotel, she appeared to say nothing about the tidy sum mentioned in the article:

So she spent $95k and didn’t even spend the night? That’s worse!!

WOW, how we all rest easier knowing she spent that amount of money for just a DAY VISIT. Thanks for clearing that up 🙄🙄🙄🙄

So she spent $95k and didn’t spend the night?

I’m more concerned about the $95K because she didn’t stay overnite tbh.

Other users weighed in, saying that Melania’s predecessor, Michelle Obama, spent far more during her vacation in Spain:

Michelle Obama spent $467,585 in Spain, according to Judicial Watch.

Another user alluded to a mass of Twitter jokes about her Cairo outfit, which prompted comparisons to a character from the movie Raiders of the Lost Ark, where Indiana Jones is tasked with finding the Ark of the Covenant:

And we didn't even get a lousy Ark of the Covenant out of it.

Last month, FLOTUS made a solo 5-day trip to Africa, visiting Ghana, Kenya, Egypt and Malawi in a bid to promote her Be Best initiative, which focuses on child welfare, dealing with opioid abuse and cyber-bullying.