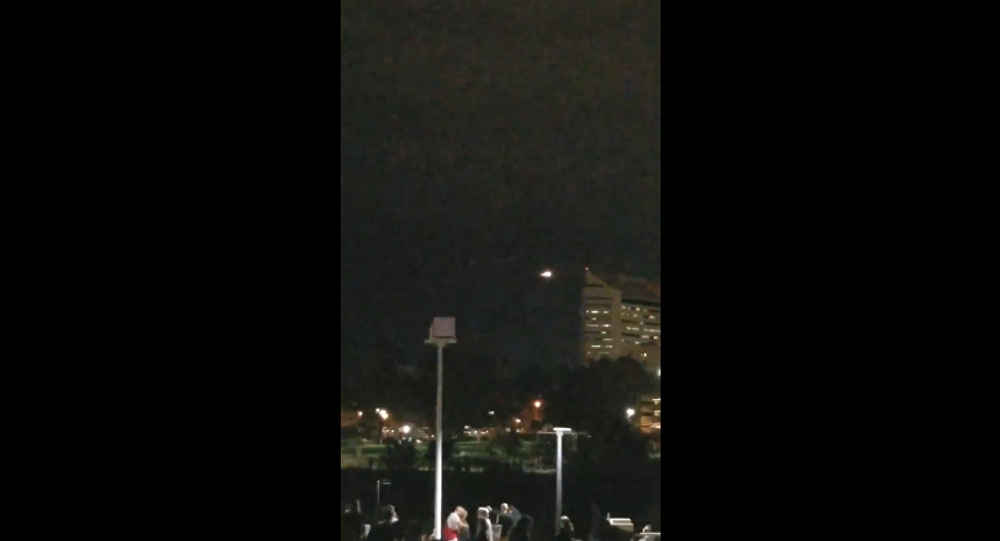 Parachuters testing out their skills ahead of a college football game left locals in Tallahassee, Florida, on Friday in a state of confusion, with many thinking they'd witnessed a UFO making an appearance.

Videos uploaded to Twitter Friday by netizens show a mysterious ball of light zigzagging through the Florida sky before completely disappearing from view.

​"You can see an airplane next to it," one person can be heard telling another individual, who is trying to decipher the mystery that's landed on their laps.

"Right, that's what I'm saying," another person says. "And then it pushes off and goes back to the airport. Watch."

​Though website Mutual UFO Network did receive a report of a UFO observation from Jacksonville, Florida, the Tallahassee Democrat newspaper squashed those alien speculations with the quickness a few hours later.

It wasn't aliens trying to touch down on planet Earth. In fact, it was just parachuters practicing ahead of the Saturday football game between Florida State University and Clemson University, according to the outlet, which cited FSU officials.

In related UFO news, enthusiasts have been flocking to a recent video that shows a strange anomaly making its way past the International Space Station. Many critics have begun to speculate that the video was doctored in order to hide some type of mysterious object.