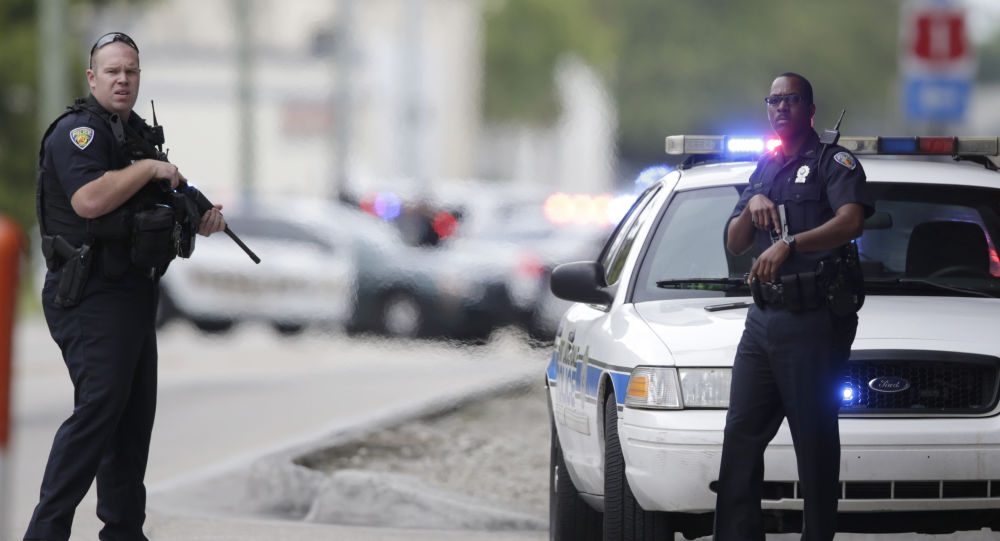 WASHINGTON (Sputnik) - One student has been hospitalized with unknown injuries and another is in custody after a shooting at a high school in the US state of North Carolina, the Matthews Police Department said in a statement on Monday. Later, he died at a hospital.

"There is one student that has been shot that was transported to the hospital with unknown injuries at this time. Another student has been taken into custody," the police said in a Facebook message.

Later, the police announced that the hospitalized student had died.

“We can announce at this time unfortunately that he did succumb to that wound and he has passed on,” Matthews Police Department Captain Stason Tyrell said during a news conference.

Tyrell and other law enforcement officials said the victim died after being shot during a fight with another student in a hallway.

Officers added that the shooting appears to be an isolated incident and the scene is now secure.

BREAKING: Heavy police presence on the campus of Butler High School in Matthews after shooting. Shooter is in custody, victim is at the hospital for treatment. Dozens of worried parents are also on scene. pic.twitter.com/pznG1KXX77

scene outside butler high school where there are reports of one person being shot @FOX46News pic.twitter.com/2wXhp4Hmq2

The area is reportedly on lockdown, with the law enforcement working on the scene.

CMS ALERT: Butler High School is on lockdown after a student was shot on campus this morning. The single shooter has been apprehended and the weapon is in the possession of law enforcement.

Parents are allowed to pick up their students from the school, but classes will continue as scheduled for students who choose to remain on campus, the school added.

The issue of gun violence in US schools has become an increasing concern in the country following several mass shootings, including one on February 14 at the Stoneman Douglas school in Florida, where a former student killed 17 people.