Earlier this week the company reported $311.5 million in profits for the third quarter, Tesla’s first profitable period since 2016.

The Federal Bureau of Investigation (FBI) has started a criminal investigation into the latest Tesla production forecasts for its Model 3 sedan, The Wall Street Journal reported, citing anonymous sources familiar with the issue.

The FBI agents will reportedly interview Tesla employees in order to establish if the company was intentionally misleading its investors, over-projecting the upcoming production figures.

According to the media outlet, Tesla representatives stated that they would cooperate with the authorities on the matter. However, the company has not yet officially addressed the reports. 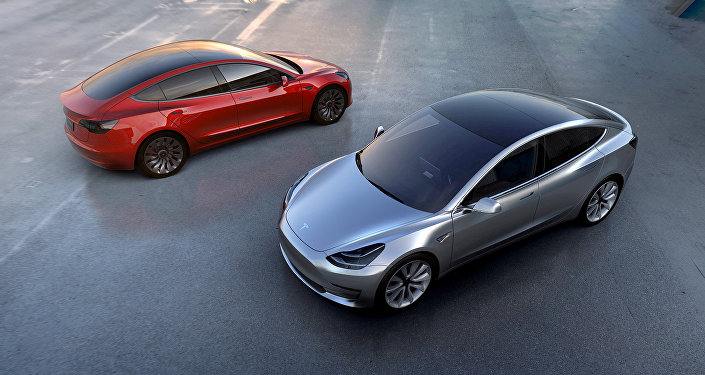 © REUTERS / Tesla Motors
The Affordable Tesla: Elon Musk Unveils Tesla's Cheapest Electric Car – Model 3
The news of the probe comes after Tesla CEO Elon Musk unveiled the long-awaited mass-market Model 3, which costs $35,000. According to the businessman, the company produced about 4,300 Model 3s a week, excluding planned shutdowns, and 5,300 in the final week of the quarter.