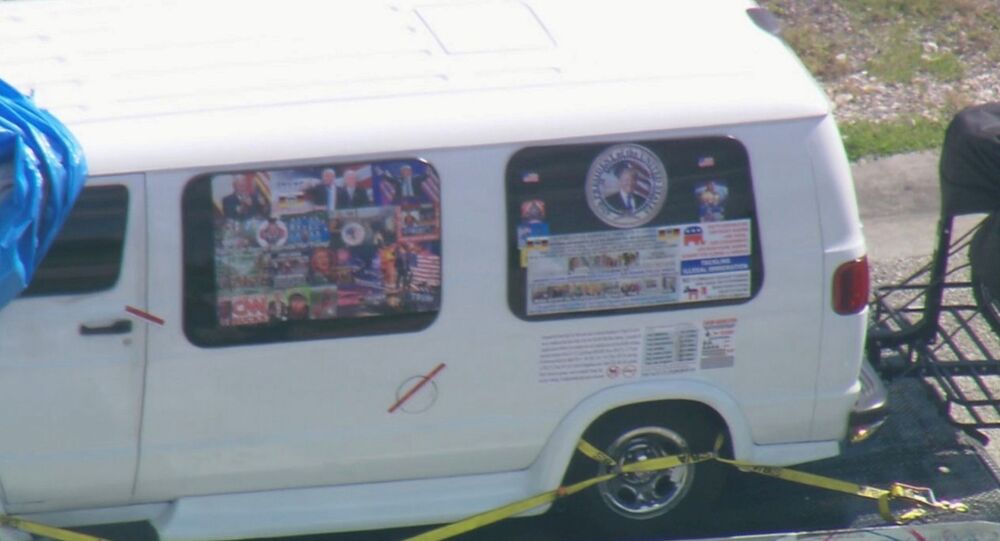 'Appears to Be a Partisan': US Mail Bombing Suspect Faces 48 Years in Prison

US Attorney General Jeff Sessions said the man suspected of sending more than a dozen potentially explosive packages to high-profile US figures this week, Cesar Sayoc Jr, would be charged with five federal crimes and faces decades in prison.

The charges listed by Sessions at a Friday afternoon press conference on the case include interstate transportation of an explosive, illegal mailing of explosives, threats against former presidents and certain other persons, threatening interstate communications and assaulting current and former federal officers. He faces up to 48 years in prison if convicted.

"This is utterly unacceptable," Sessions told reporters during the presser. "Political violence or the threat of violence is antithetical to our vigorous system of self-government."

Sessions went on to stress that the "full force of the law" would be brought against anyone attempting to use violence to achieve political ends.

"Let this be a lesson to anyone. Regardless of their political beliefs, that we will bring the full force of law against anyone who attempts to use threats, intimidation and outright violence to further an agenda. We will find you. We will prosecute you," he said.

Asked about Sayov's motive later, Sessions said the suspect appears to be a political partisan.

FBI Director Chris Wray confirmed that 13 improvised explosive devices had been intercepted on their way to individuals across the US. The devices contained roughly six inches of PVC pipe, wiring, a small clock, and what he called "energetic material" — material that would react to a combination of external stimuli such as heat, friction or light and trigger an explosion.

"These are not hoax devices," he stressed, before adding that additional suspicious packages could be in transit.

Wray revealed that the suspect had been tracked via a fingerprint uncovered on the package addressed to Rep. Maxine Water (D-CA).

He also asked members of the public who think they may have information about the mail bomb campaign to contact law enforcement. "No piece of information is too small, every tip could be the one that leads to something important," Wray said. "We need all hands on deck."

Sayoc Jr's arrest came on the same day that investigators were alerted to two additional packages. The 56-year-old Florida resident has a lengthy criminal history that includes a 2002 arrest for a bomb threat. Images of Sayoc Jr's white van, which was seized by officials, show various stickers of US President Donald Trump plastered on the vehicle's windows.

Following the press conference, a federal official clarified that law enforcement are still investigating whether there are other people involved in the mail bomb campaign.