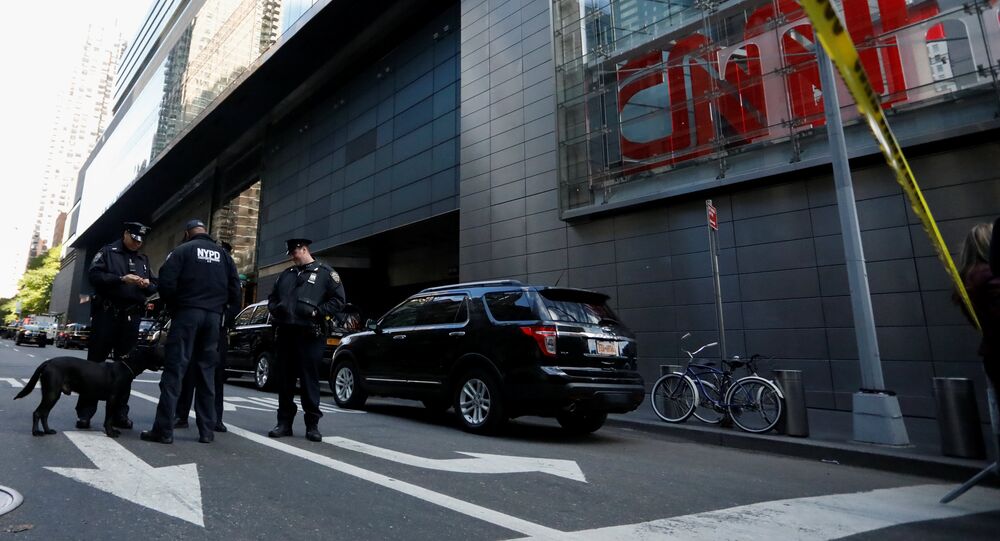 At least 10 potentially harmful devices and pipe bombs have been mailed this week to prominent US Democratic politicians, including former President Barack Obama and former Secretary of State Hillary Clinton, and federal agencies are hunting for the perpetrator or perpetrators.

Parts of Time Warner Center in New York City were reportedly evacuated for the second day in a row on Thursday because of a suspicious package. According to CBS News, the evacuations started shortly after 8 p.m. local time, when a suspicious package was found on the building's third floor.

According to the New York Police Department, authorities are evaluating a pair of unattended packages, and a bomb squad has reportedly been called to the scene.

As a precaution, the NYPD is currently evaluating a pair of unattended packages at the Time Warner Center Mall, Columbus Circle in Manhattan. More information will be released as it becomes available. pic.twitter.com/VqrzHZJ6zv

The FBI is currently conducting an investigation into the pipe bomb packages, which were delivered or intercepted over the past few days. The White House has said it will provide full support to the agency and law enforcement officials to find the person or persons responsible for mailing the parcels.

The FBI has warned that additional packages could be en route to other targets and that the public should not touch, move or handle any suspicious or unknown packages.