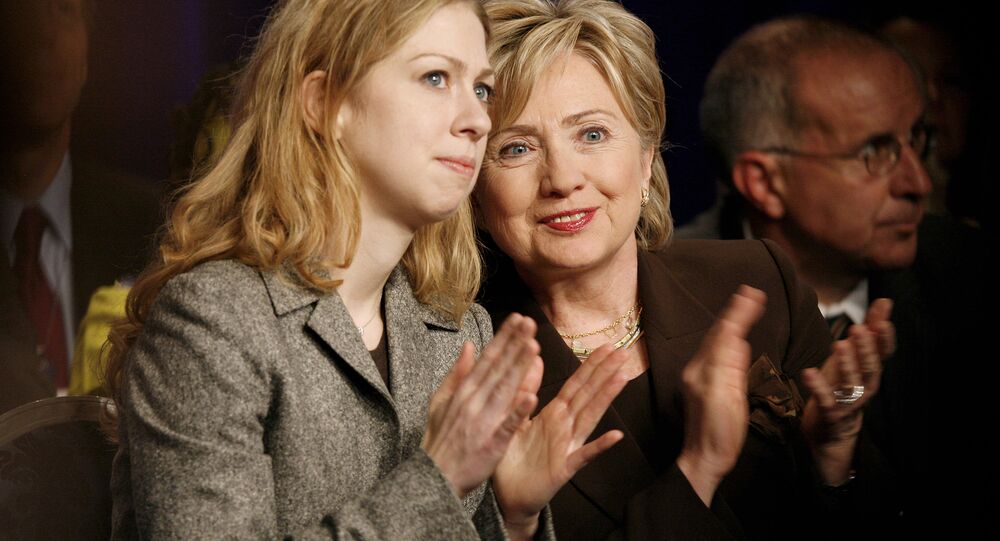 Clinton, 38, an author and a mother of two, said in an interview ahead of a presentation of her upcoming children’s book, “Start Now!,” that she hasn’t ruled out running for office in the future.

Chelsea Clinton, the daughter of a former US president and a former US secretary of state, told The Journal News that she might run for office some day.

"I think if someone were to step down or retire, and I thought I could do a good job, and it matched my talents, I'd have to think if it's the right choice for me," she said.

© AP Photo / Charlie Neibergall
Third Run? Wall Street Analyst Weighs Hillary Clinton's Chances
The 38-year-old Clinton is on the road to promote "Start Now!," a book aimed at seven- to 10-year-olds. She clarified that she's not planning anything political right now, but that public service remains a possibility.

"I don't have any plans to run for office, but it is something I think about, as I hope every young person thinks about it," she said, answering a question on why she hasn't yet appeared on an election ballot. "If you care about what's happening in the world, you have to care about running for and holding elected office.

"For me, I live in a neighborhood in the city and in a state where I feel my family, and what I hope for the world, is well-represented," she added. "It's at the national level where I disagree deeply with President [Donald] Trump on, l think, everything practically."

© AP Photo / Andrew Harnik
Trump Slammed for Responding to Clinton, Obama Bomb Scare With Three Word Tweet
She also said that her mother, Hillary Clinton, has never talked to her about a 2020 presidential run.

"I support my mom in whatever she wants to do, but she's never once mentioned that to me," the author said.

According to the younger Clinton, the former secretary of state is right now heavily preoccupied by working with Steven Spielberg to turn Elaine Weiss' book "The Women's Hour" into a movie. Mother and daughter are also working on a joint project to combat elephant poaching, Clinton revealed.