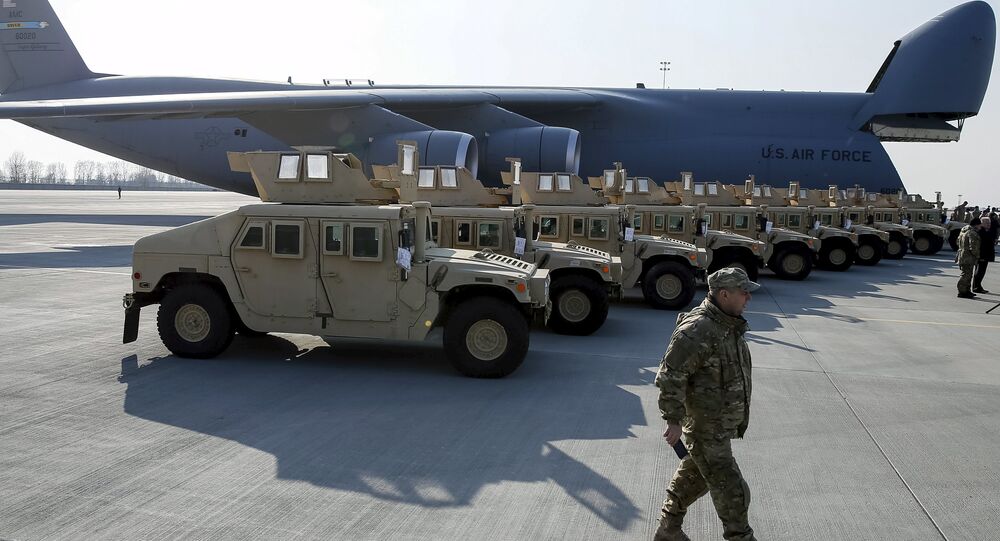 The US military is investigating an accident involving a Humvee armored car during a test drop in North Carolina.

A video published online shows a US military transport plane dropping a Humvee a mile away from the intended drop zone at Fort Bragg, North Carolina, Military.com reported.

"They were going in for a time-on-target on Sicily Drop Zone at 1 p.m. Everything was going well; they were at the one-minute mark to the drop zone," base spokesman Tom McCollum said.

"We don't know what happened, but the platform went out early and landed in a rural area. There was no one hurt. No private property was damaged," he added.

The Airborne and Special operations Test Directorate was testing a new heavy-drop platform loaded with a Humvee.

This Is The View From a Humvee Being Dropped From a Military Plane…
BUT One Was Accidentally Dropped In a North Carolina Neighborhood This Week.
No One Was Hurt.#HeadsUp#Humveepic.twitter.com/2CTMwU27M3

According to Miliary.com, no one was hurt during the accident which is currently being investigated.

A similar mishap happened during an April 2016 drill by the US 173 Airborne Brigade in Germany, when three Humvee vehicles came loose from their heavy-drop platforms and crashed onto a designated drop area.