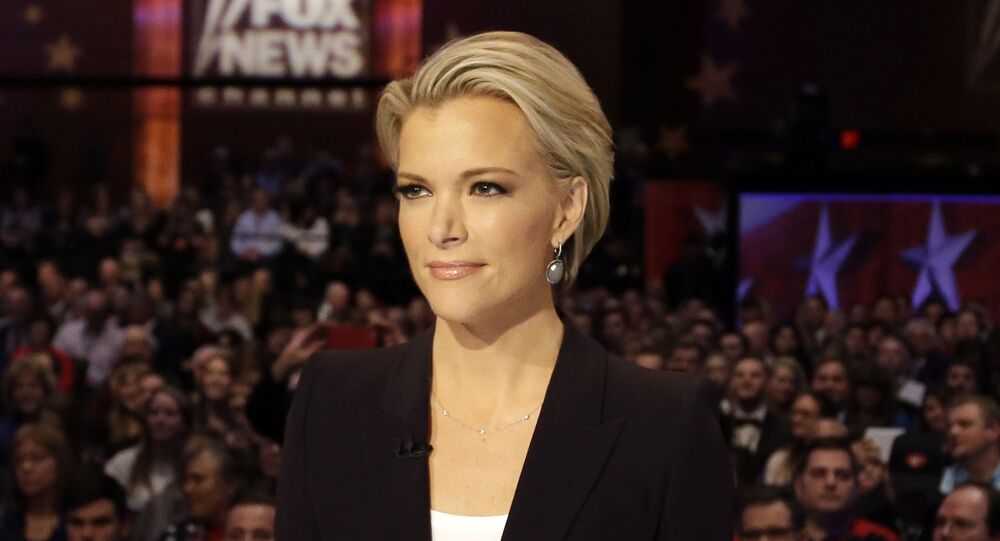 While speaking about the appropriateness of Halloween costumes on her NBC show earlier this week, Megyn Kelly mentioned blackface, claiming that while they are deemed racist today, they were acceptable just a few decades ago.

Following a backlash from viewers over her defense of blackface, the TV host may be facing a closure of her show “Megyn Kelly Today.”

According to a number of US media outlets, it’s unclear when her morning program would be shut down, but Kelly and NBC News have allegedly engaged in talks over a new role in the news division.

“Where do you think Megyn Kelly would be happier, as part of big breaking news or forced to cover light-hearted stories that traditionally work at 9 a.m.?” a source close to the anchor was cited by Variety.

© AP Photo / xxx/Invision
Kim Kardashian Slammed for 'Doing Blackface' in Her Beauty Brand Campaign
Both NBC News and Kelly haven’t commented on the reports yet.

Word of the show’s possible closure comes on the heels of widespread outrage stirred by Kelly on Tuesday after she lamented that dressing in blackface used to be acceptable, while now it’s not.

"But what is racist? You truly do get in trouble if you are a white person who puts on blackface at Halloween or a black person who puts on whiteface for Halloween. Back when I was a kid, that was okay, as long as you were dressing up like a character,” the former Fox News host told her guests, who, for their part, were quick to stress that they did consider wearing blackface racist.

Later the same day, Kelly apologized in an internal letter to her colleagues, claiming that she had realized “such behavior is indeed wrong,” and was sorry.

“The history of blackface in our culture is abhorrent; the wounds too deep,” she said, adding: "I've never been a ‘pc' [politically correct] kind of person — but I understand that we do need to be more sensitive in this day and age. Particularly on race and ethnicity issues which, far from being healed, have been exacerbated in our politics over the past year. This is a time for more understanding, love, sensitivity and honor, and I want to be part of that. I look forward to continuing that discussion."

Kelly kicked off her morning program in autumn 2017 with an eye to getting away from politics after her job at Fox News and to help viewers “to have a laugh with us“ instead.

Despite her initially stated goal, the TV host has recently been discussing acute political topics with her guests, such as the nomination hearings around Supreme Court Justice Brett Kavanaugh, who was accused of sexual assault by a number of women.