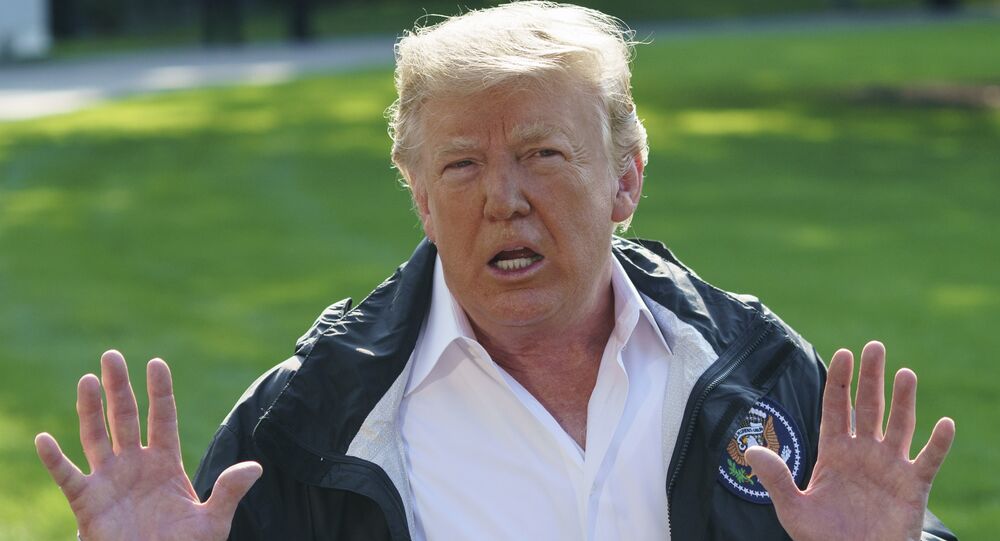 The United States will continue to develop its nuclear weapon stockpile, the US president told reporters Monday, until nations around the world come to their senses.

The threat was directed at China and Russia, the president emphasized. Trump did not elaborate what it would take for China and Russia to show they'd "come to their senses" regarding the development of nuclear weapons.

© Sputnik / Press Service of the Office of the Russian Security Council
Patrushev Meets With Bolton, Discuss INF Treaty Amid US Plans to Exit It

Washington is on the verge of ripping up the Cold War-era Intermediate Nuclear Forces Treaty (INF) from 1987, an intention announced by Trump on Saturday. Speaking to reporters on the south lawn of the White House Monday, Trump complained that Moscow has not done enough to adhere to the INF treaty. He also said China should be part of the treaty.

Kremlin spokesman Dimitry Peskov denied that Russia was in violation of the treaty on Monday.

The Russian Security Council said Monday that "the Russian side has again voiced its principal position on the importance of maintaining the treaty in force, and has also voiced its readiness to work together on eliminating the mutual claims related to the implementation of this treaty," Sputnik News reported.

Terminating the treaty would also be "a heavy blow for the entire international legal system of nonproliferation and arms control," the security council said. The INF was signed in 1987 and was pivotal in eliminating thousands of missiles from the American and Russian arsenals. Former Soviet Union leader Mikhail Gorbachev, who signed the treaty along with former US leader Ronald Reagan, called Trump's planned withdrawal from the treaty "very irresponsible."