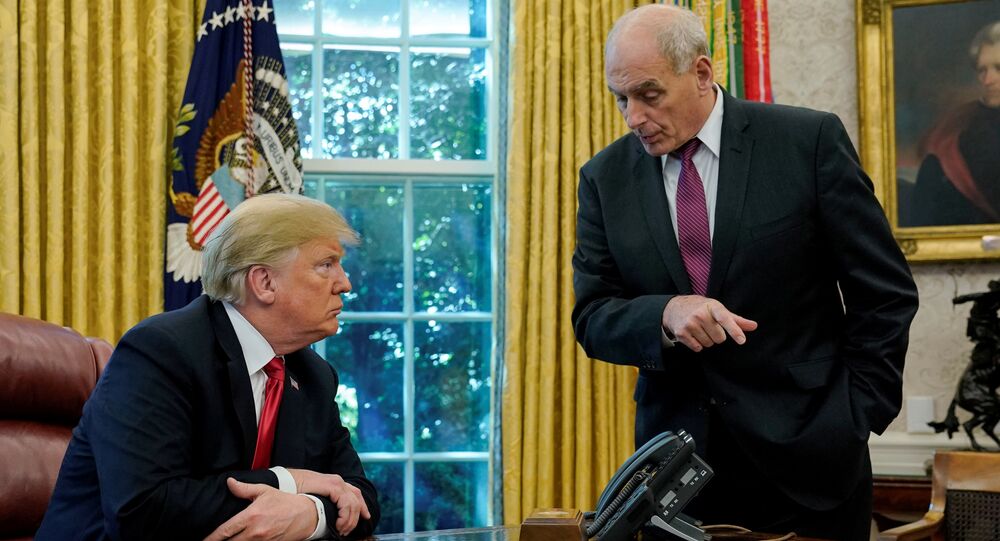 Anthony Scaramucci, who briefly served as the White House communications director, has given an unflattering portrayal of his former boss, White House Chief of Staff John Kelly, who sacked him last summer.

Speaking on NBC's Meet the Press, Scaramucci claimed that the former Marine Corps general he tried to introduce a tried-and tested yet ineffective military management style in the White House, which damaged the teamwork in the White House.

"He hurt the morale inside the place and he's hurt the president. And he has hissy fits," Scaramucci said of Kelly, who axed him after just 10 days on the post of communications director in July 2017.

Scaramucci wasn't happy with the way Kelly treated him either, saying that he "didn't need to fire me the way he fired me" and that he "made a spectacle" out of his resignation.

Near the end of his tenure at the White House, Scaramucci gave a late-night phone interview to The New Yorker, in which he made off-color remarks about fellow members of the Trump team, who he said leaked details of his dinner with the POTUS.

Among other things, he called erstwhile Chief of Staff Reince Priebus a "f*cking paranoid schizophrenic" and ranted about Steve Bannon, then-White House Chief Strategist: "I'm not Steve Bannon. I'm not trying to suck my own c*ck."

John Kelly kicked him out of the office shortly after he was sworn in to the job of the chief of staff on July 31, 2017.

New York magazine journalist Olivia Nuzzi said this month that Kelly had tensions with Donald Trump and was ignoring the president's attempts to fire him, which both of them denied. It emerged earlier this year that Kelly had agreed to remain in his post through the 2020 presidential election.