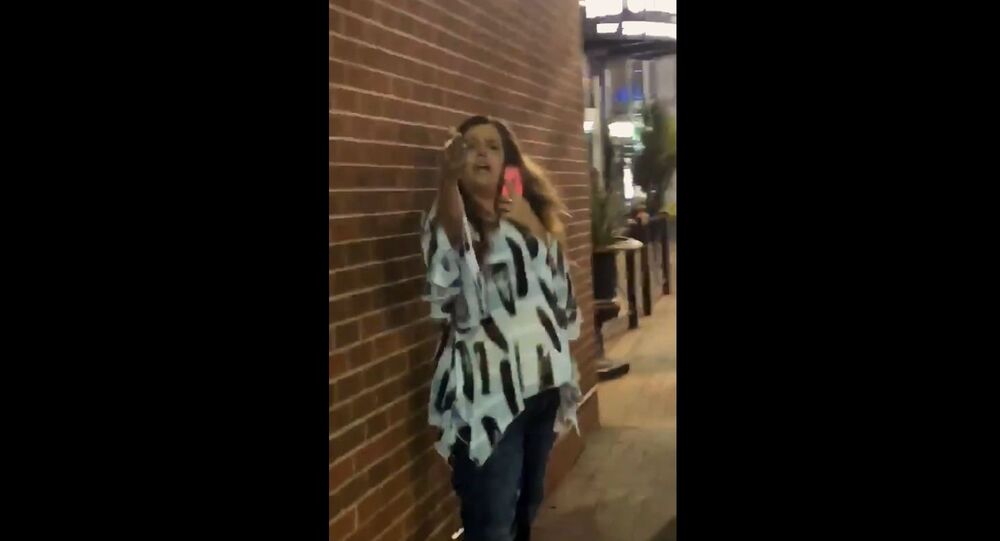 Drake Lewis, an aspiring photographer from Missouri, was walking through Kansas City’s Power and Light District with one of his friends on Tuesday, occasionally snapping a few pictures, when he came across a woman muttering racial slurs at them.

Just as the pair walked past the woman, minding their own business, Lewis heard the woman say, "These f**king ni**ers." Lewis responded by telling the woman to watch her language, before pulling out his phone to record the encounter. Videos of the incident were posted to Twitter on Wednesday.

"Wow, you wild B. You really gonna call us ni**ers?" Lewis asks the woman.

After admitting to being a "drunk ass," the woman continues to launch her verbal assault on the friends, telling them to "get the f**k out of my face before I whoop your goddamn ass."

"You got a problem with this f**king old woman, white f**king cracker? Get the f**k out of my face you b*tch," she continued.

A second video Lewis shared shows the woman explaining that it's okay for her to use the racial slur because "they call each other ni**as." She stressed that "it be alright" before adding, "F**k you and your white horse, b*tch."

At one point in the recordings, Lewis' friend retaliates by calling the woman a "hick" and a "cracker." Lewis told the Kansas City Star on Thursday that his friend, who is Samoan-American, has previously been called "sand ni**er."

"He was outraged," Lewis told the outlet. "He gets it all the time."

Over the last couple days the footage has gone viral, garnering thousands of views across social media platforms. Even the unidentified woman's employer saw the clips, which led to their decision to dismiss the employee. The employer has asked to remain anonymous.

Nick Benjamin, the city's executive director of the district, condemned the incident, urging, "There is no place in our society for the kind of abhorrent speech that a visitor to downtown appears to have made on a public street."

Lewis' experience came days after fellow Missouri resident D'Arreion Toles was blocked from entering his apartment complex by a white woman who didn't believe he lived in the building. Though the woman lost her job after the story went viral, she has since spoken out, claiming that she had not done "anything wrong."

WATCH: ‘Insecure' Woman Tries to Block Black Neighbor From Entering His Own Home