US Airliner Makes Emergency Landing Over Unwanted Game of Footsies

Southwest Airlines flight 859 from Los Angeles to Dallas was forced to undergo an emergency landing in Albuquerque, New Mexico, on Tuesday after a man traveling on the flight aggressively asserted himself on a female passenger.

The man in question was identified in a criminal complaint as 29-year-old Justin Riley Brafford of Denton, Texas. According to the complaint, the confrontation began when Brafford, who was dealt a middle seat, placed his arm around his neighbor's leg as the plane readied for takeoff.

Though the woman, identified as M.W. in the complaint, responded by leaning away from Brafford, her efforts were in vain, since he reportedly pressed on with his advances, eventually trying to coax her into a game of "footsies." After the frustrated passenger told Brafford to stop kicking her, he then began pulling on her sweater and asking personal questions, including whether or not she was staying alone at a hotel.

When the woman outright rejected Brafford's invitation to go out, he whispered in her ear, "Don't f**k with me." It was then that the woman approached a flight attendant to inquire if she could be seated elsewhere because Brafford was making her feel uncomfortable.

Changing seats, however, didn't solve the issue. After the fight attendant retrieved the woman's belongings, Brafford took note of where she was being moved to and later approached the traveler at her new seat.

A flight attendant told investigators that after they told Brafford to "leave it alone," the Texan went from "zero to 60 in nanoseconds." The complaint states that Brafford went off on a profanity-laced rant, repeatedly throwing the word "f**k" around. The entire incident lasted some 30 seconds.

Several members of the flight crew were alerted to the incident, and another flight attendant notified the pilots of the unfolding events. It was later decided to divert the flight to New Mexico. Although Brafford did not cause a scene for the remainder of the flight, it was noted in the complaint that staff had blankets and restraints ready for use.

After landing in the Land of Enchantment, Brafford flipped the script and told authorities that it was actually M.W. who had come onto him during the flight. He also reportedly admitted that he'd used methamphetamines the day prior and had recently overdosed on heroin over the weekend. 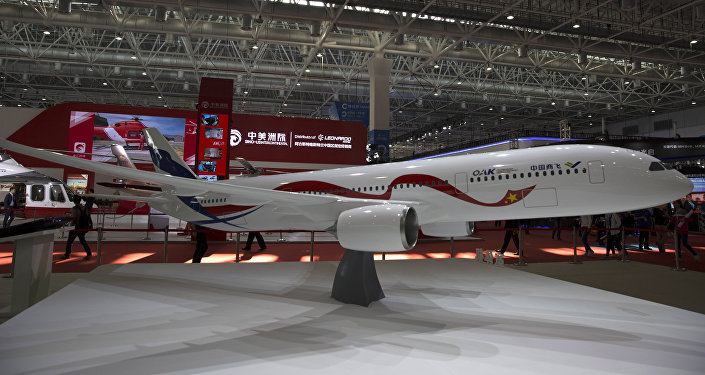 Brafford also mentioned that he'd been receiving "calls" during the flight from God.

Dan Landson, spokesperson for Southwest Airlines, told Sputnik on Friday that after the Brafford was removed from the plane, the flight continued to Texas' Dallas Love Field airport after the delay. "The safety and comfort of everyone onboard every flight is our highest concern," he said.

After his initial court appearance on Wednesday, Magistrate Judge Karen Molzen ruled on Thursday that Brafford would be detained, as he had a prior criminal history, according to the Albuquerque Journal. He is now facing a felony count of interference with a flight crew and a misdemeanor simple assault charge. If found guilty on both charges, Brafford could face more than 20 years in prison and be forced to pay fines totaling more than $250,000, Dallas News reported.