Corey Jackson, a 12-year-old rapper known professionally as Lil C-Note, was minding his own business, walking through Georgia's Cumberland Mall with family earlier this month when a mall cop suddenly pulled up on him and accused the pre-teen of selling CDs to mallgoers.

According to NBC News, Jackson had previously been told twice by mall authorities to not hawk his material at the mall.

Footage of the October 6 confrontation was posted to Jackson's Instagram on Monday, showing the rapper requesting the officer let go of his arm before a scuffle broke out between said officer and Jackson's aunt, who was not identified.

It’s jusssss like this! When God is blessing you🙏🏾 Tha Devil🧛🏾‍♂️ is always rite around tha corner to seek & destroy. Tha fact that he snatched me & was trying to drag me around like I’m sum criminal that’s stealing, robbing or killing or sum is #Crazy. But tha worst part is he trying to charging me with a #felony putting my hands on a #PoliceOfficer he say I tried to brake his fingers, he say I cussed him & he say I pushed him! Where in this video do it show I did anything but tell him I know my rights & then when he proceeded to try and drag me my auntie stepped in & got in between us to get tha #Police off me, cause he was treating me like uh lil rag dog he can sling around…. All #Police is not bad, a lot are good friends of mines. But it’s some of you that do not deserve to be in a #PoliceUniform & this guy is clearly 1!!! Right is Right / Wrong is Wrong!! #CobbCounty #Police We must get to tha bottom of this… I’m just a kid out here standing for tha right & Motivating other kids in a positive way. Why try to destroy & bring me down!?!?🤷🏾‍♂️🤷🏾‍♂️

​"You're 12?" the uniformed officer asked Jackson, as he grabbed tightly onto the child's arm. "You're about to go to jail. You're going to go to a youth detention center if you don't stop."

Jackson's aunt is heard urging the officer to take her phone so that he can speak with the pre-teen's father. "I have his father on the phone, and you won't even speak to him," she said.

The aunt gets more and more upset with the situation, and a scuffle breaks out as she attempts to free Jackson from the officer's grip. The cop was working at the mall as a result of a private contract between Georgia's Cobb County and mall operators.

Cobb County Police Chief Mike Register told reporters on Tuesday that the officer had not done anything wrong, since "all he was doing was holding the young man by the arm," a move Register described as being carried out in a gentle manner.

According to the Marietta Daily Journal, Register later explained that the officer had approached Jackson to determine if he was committing a crime, since he had previously been given a criminal trespass warning by mall officials.

"What that meant is if they caught the young man back on the premises of Cumberland Mall selling CDs, then they would request that the police make a criminal trespass case [against] the young man," Register said.

"The officer was simply trying to get information and make a determination if a crime was occurring. During that interaction, the juvenile continued to be verbally resistant." 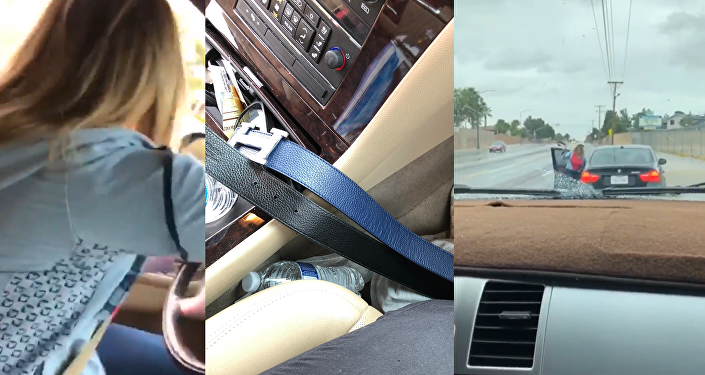 Since posting footage of the weekend altercation, Jackson has released additional videos in which he explains his side of the story.

​"My mom and dad have never tugged me or pulled me how that officer did," Jackson, who gained some fame after appearing on "The Ellen DeGeneres Show" in 2016, said. "My arm could've been pulled out of the socket. Even when I told him to let me go, I said ‘sir,' still being mannerable as possible."

"I just wanted him to let go of my arm," he stressed.

Jackson's family has since retained an attorney to dispute the charges he faces, the New York Post reported. The Cobb County Police Department has launched an internal investigation into the early October incident.