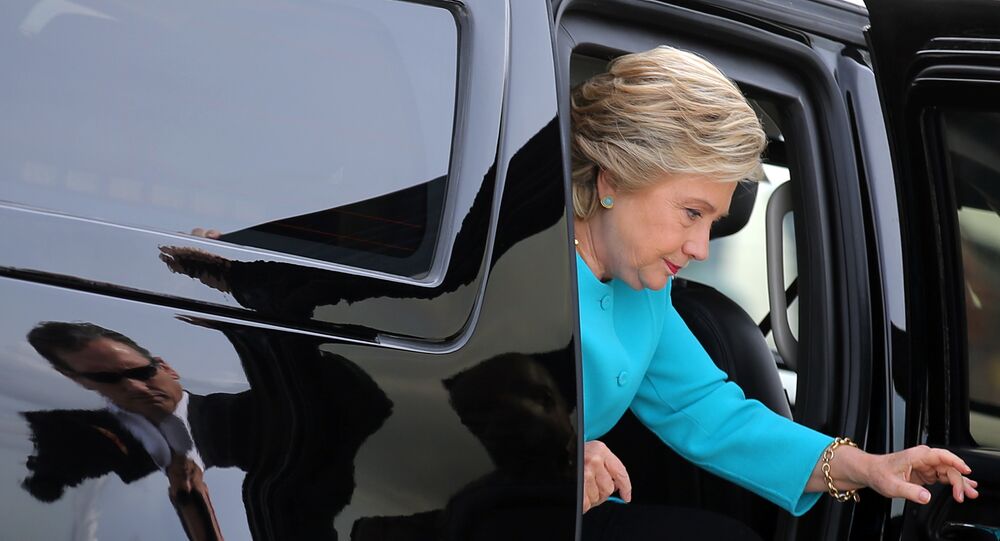 Republicans are dragging Hillary Clinton on the internet again after she was caught on video being involved in a vehicle crash while campaigning for Democratic Senator Bob Menendez (NJ).

The National Republican Senatorial Committee (NRSC) — a body that campaigns for Republicans seeking Senate seats — a obtained video of a car carrying Clinton and longtime aide Huma Abedin crashing into a pillar inside what appears to be a parking garage.

NRSC tweeted the video, offering a "live look" at Clinton "trying to save" Menendez, who is opposed by Republican candidate Bob Hugin. "Spoiler alert: She crashes," the tweet says.

Menendez, a senator since 2006, was indicted in 2015 on corruption charges which were eventually dropped by the Department of Justice in January 2018 after a jury failed to reach a unanimous verdict. Nevertheless, his tenure has been marred by the allegations, and he was chastised by the Senate in April.

The New Jersey Democrat was involved in a scheme in which he received private jet rides, campaign contributions and free stays at luxury resorts from Florida eye doctor Salomon Melgen. The physician was found guilty of 67 counts of defrauding the government of $102 million in May 2017, and Menendez allegedly worked contacts within the Obama administration to exonerate Melgen, Sputnik reported.

NRSC spokesman Bob Salera said in a press release prior to the car accident that New Jersey had become a "four alarm fire for national Democrats, and they are racing in to save disgraced Senator Bob Menendez."

A Quinnipiac University poll conducted between October 10 and October 16 shows Menendez leading the race, with 51 percent of voters to Hugin's 44.

According to a Gallup poll conducted between September 4 and 12, just over a third of Americans — 36 percent — have a favorable view of Hillary Clinton.

Three Weeks to Midterm Elections - Who is Making Moves?