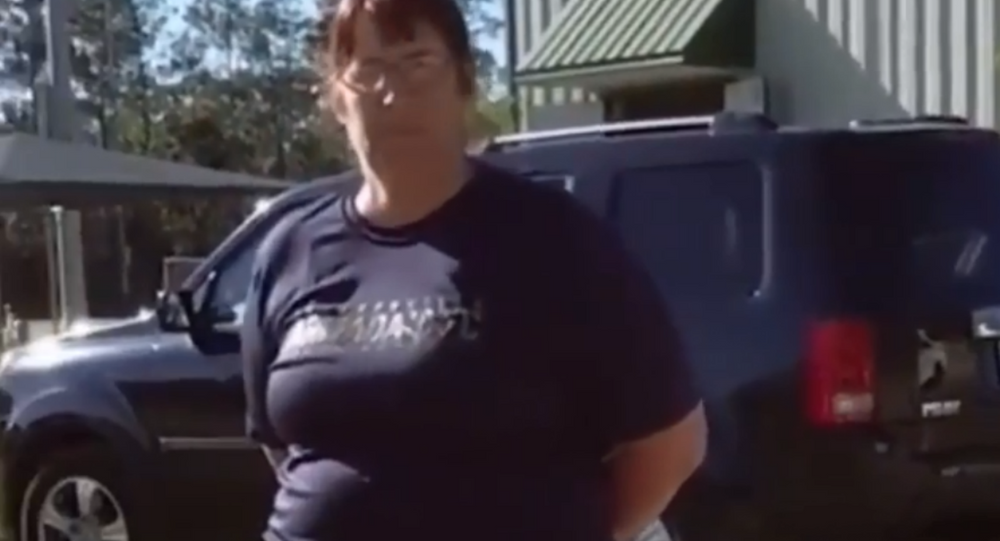 In the latest example of cops being called on black residents for doing nothing wrong, a white Florida woman phoned law enforcement officials patrolling the seaside community of Ponte Vedre this week to report a man who was cheering on his son at a soccer game.

The pearl-clutching incident unfolded over the weekend after an alarmed woman — since dubbed "Golfcart Gail" by the internet, on account of the blue cart in which she was sitting — caught wind of a supportive parent instructing his son from the sidelines after a call was made by the referee. The woman, whose identity hasn't been disclosed, is a field marshal, according to NBC News.

Ginger Williams, who attended the weekend soccer game, uploaded photos to Facebook on Sunday of Golfcart Gail speaking with a police dispatcher. Additional images capture the moment that an officer arrives on the scene and speaks with the unidentified father.

Williams explained in her Facebook post that the concerned father, after noticing that his son was upset about a call made by the referee, had yelled out to his child, saying, "The ref is right." The scene then quickly unraveled as the field marshal sprung into action, informing the father that "harassment would not be tolerated."

Even though the father explained he wasn't being aggressive and was willing to leave the grounds in order to deescalate the situation, Gail persisted and eventually made the decision to call the cops because she "no longer felt safe with [the father's] threatening behavior," Williams noted in her post.

"All he did was tell his kid that the ref was correct and cheered him on, and told him to 'play your game,'" Williams told ABC News, before saying that the field marshal was focusing her attention on the father because she believed he was directing his remarks to the referee, not his son.

"Other parents were like, 'Whoa, he was talking to his kid.'"

Williams told NBC News that she and other parents spoke with officers to ensure that they "knew what really happened." The father was later allowed to go on his way after explaining the situation to officers.

Incidentally, at the same weekend game, another two parents had been told to leave the grounds. However, cops were not called in either of those incidents.

Gary Easom, president of the Ponte Verde Athletic Association, told Florida news station WJXX that one father was ejected for verbally abusing teenaged referees, and a mother was booted for using profanity in the stands.

Easom told the station that parents are not supposed to approach their kids during the games and that the incident was being mischaracterized on social media, as it was more about how parents behave negatively while watching their children participate in youth sports. "This happens more times that I would like," he said.

This incident follows recent reports of a Missouri woman calling the police on a black man because she didn't believe that he lived at his apartment complex. Said woman was later given the pink slip from her employer after they were alerted to video footage of the encounter.