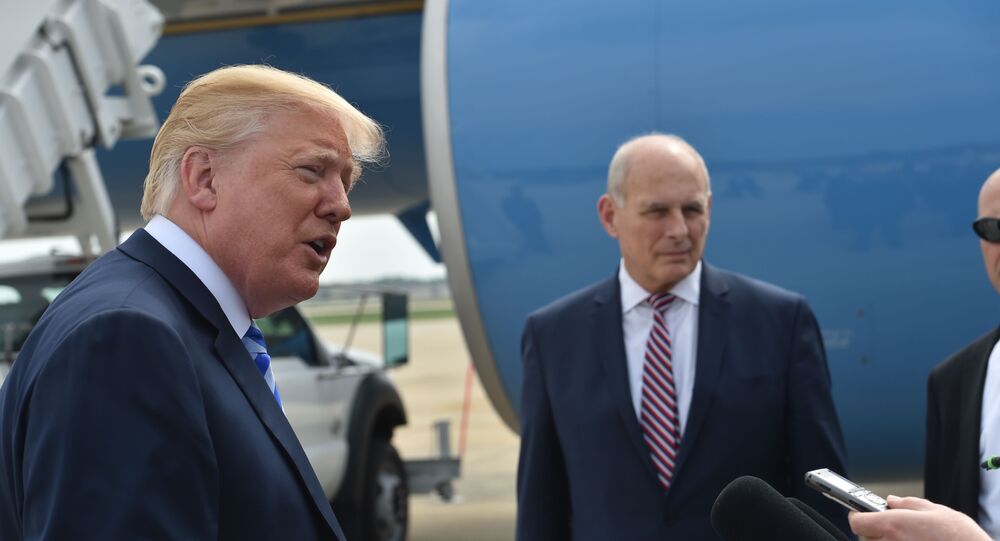 What could US Supreme Court Justice Brett Kavanaugh's appointment and Saudi journalist Jamal Khashoggi's disappearance have in common? The US president has found a link between the two cases.

In an interview with the Associated Press, US President Donald Trump criticized those accusing Saudi Arabia of killing journalist Jamal Khashoggi prior to the announcement of the results of the investigation. He noted that such accusations are part of a "guilty until proven innocent" trend, something that he witnessed during the Brett Kavanaugh nomination process.

"Here we go again with, you know, you're guilty until proven innocent. I don't like that. We just went through that with Justice Kavanaugh and he was innocent all the way as far as I'm concerned," Trump said.

Earlier Trump said that Crown Prince Mohammad bin Salman had assured him that Saudi Arabia has nothing to do with Khashoggi's disappearance. The US president suggested that "rogue killers" might be behind his killing. At the same time, the Senate Foreign Relations Committee sent a letter to him urging Trump to impose sanctions against the foreign entities responsible for the disappearance of Khashoggi, including the "highest ranking officials in the Government of Saudi Arabia."

Trump has previously spoken against severing ties between Washington and Riyadh, including in the sphere of arms trade. The US president said that such a move would only prompt Saudi money to go to other countries, such as Russia and China.

Jamal Khashoggi, a Saudi journalist, disappeared after he entered the Saudi Consulate in Istanbul. Turkey has accused the kingdom of kidnapping and killing the journalist. Riyadh denies involvement and claims he left the consulate safe and sound. It gave Turkish investigators access to the consulate, while Crown Prince Mohammad bin Salman has ordered an internal investigation into Khashoggi's disappearance.

Brett Kavanaugh was accused of sexual misconduct just weeks ahead of a Senate vote on his nomination as the next US Supreme Court justice. After hearing the testimonies of Kavanaugh's accusers and the results of the FBI's investigation into the claims, the Senate approved his nomination. US President Donald Trump supported Kavanaugh despite the accusations, claiming that he was confident of his innocence.