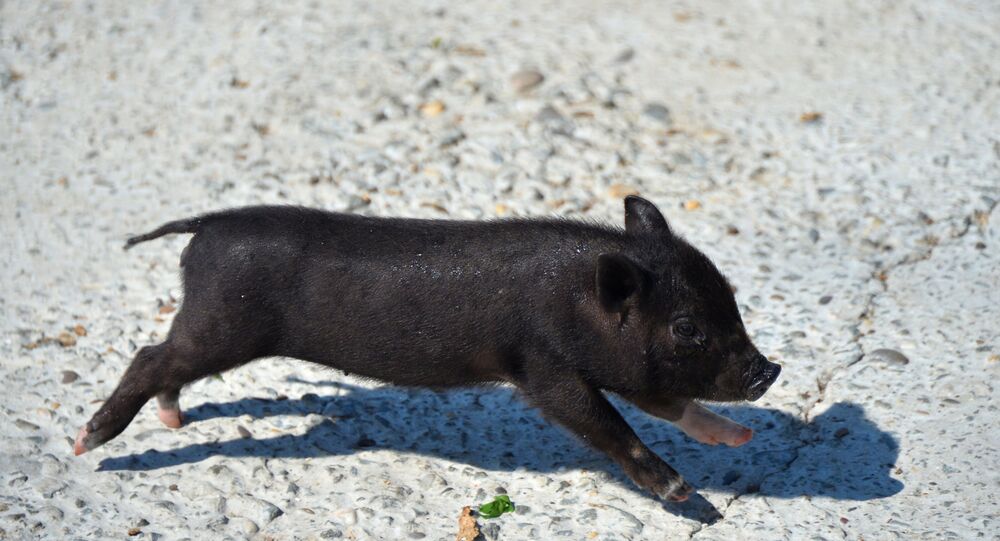 Atlanta's Hartsfield-Jackson International Airport is the world's busiest airport in terms of passengers who go through it, so you can be sure their staff have seen a lot of strange stuff. When the US Customs and Border Protection's (CBP) "Beagle Patrol" K-9 team went to work on October 11, however, they probably didn't expect to find a 2-pound roasted pig's head.

This is one of the greatest pictures ever made! This photo-bombing beagle found this roasted pig’s head in someone’s carry-on luggage in the Atlanta airport. pic.twitter.com/Czugd72AKC

​The baked boar was found by Hardy, a six-year-old beagle, in the bags of someone traveling from Ecuador to the United States, Fox 5 Atlanta reported, and officials were forced to destroy it in order to prevent diseases like foot and mouth disease and swine fever from entering the country.

"Our best defense against destructive pests and animal diseases is to prevent the entry of prohibited agriculture products from entering the United States," said Carey Davis, CBP Area Port Director for the Port of Atlanta. "This seizure at ATL illustrates the tremendous expertise of our four-legged K-9 partners in protecting the United States."

The Atlanta Journal-Constitution reported that this isn't the first time a roasted razorback has been found at Hartsfield-Jackson, though. Back in 2016, another member of the Beagle Brigade, Joey, found an entire roasted pig in the luggage of a traveler entering the country from Peru.

Hardy, a veteran of the force since 2015, offered no comment. But he did he seem very interested in the delicious-looking hog head.