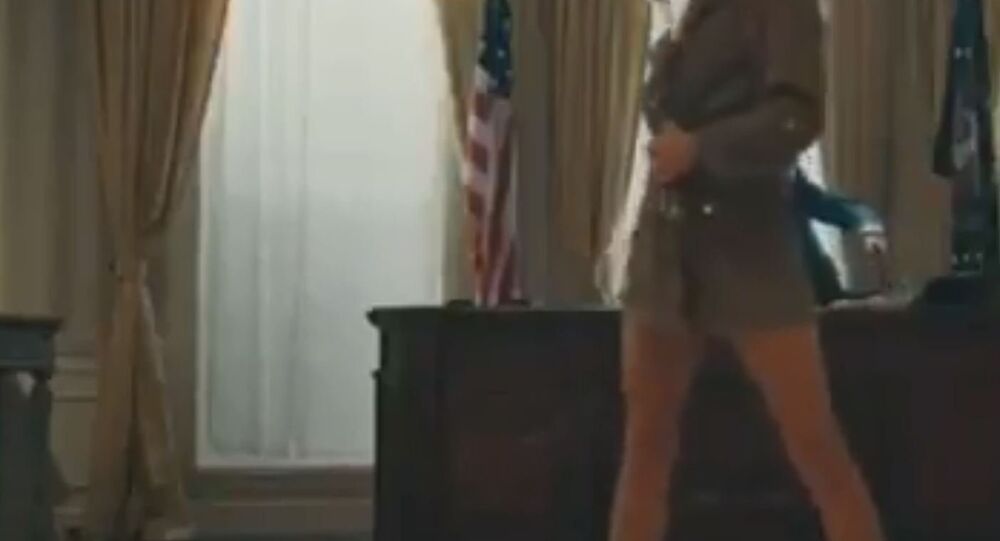 First Lady of the United States Melania Trump has called for a boycott against Atlanta-born rapper T.I. after the musician posted a video of a Melania look-alike stripping in the White House.

"How is this acceptable? #disgusting #boycottT.I. @Tip," Stephanie Grisham, spokeswoman for the first lady, wrote in a Saturday tweet. The first lady retweeted the digital call to action.

​The video features the Slovenian-born ex-fashion model's infamous "I don't care do u" jacket, which she wore as she left on a trip to visit migrant children separated from their parents at the United States' southern border as the families tried to enter the country.

T.I.'s comment accompanying the video clip, "Dear 45, I ain't Kanye," let the world know that the rapper does not share in the love fest on display in the Oval Office last week between US President Donald Trump, Kanye West and National Football League great Jim Brown.

A representative for T.I. did not comment on the boycott, Fox News reports.