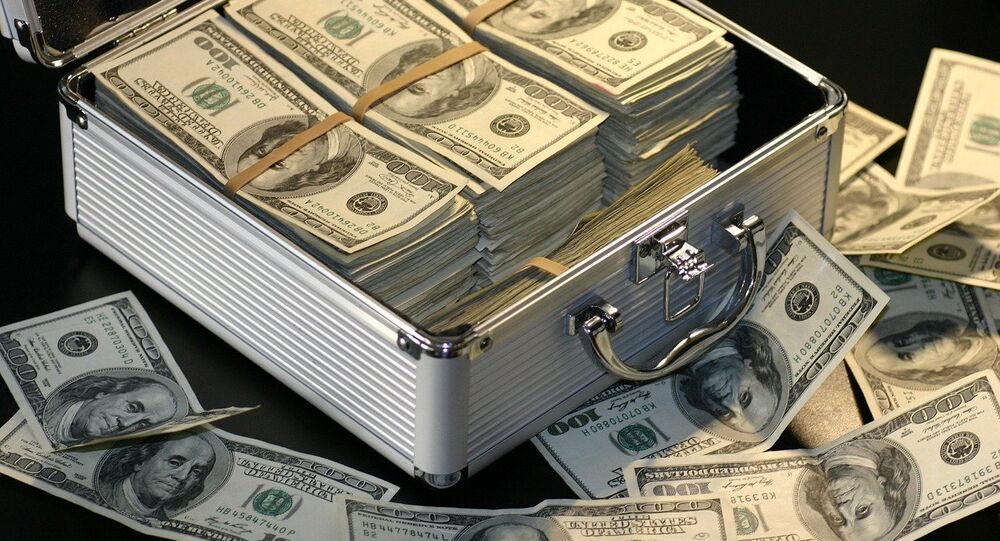 Big Bucks, Small Chances: $1 Billion Up for Grabs as Lotto Mania Sweeps US

Two of the biggest lottery games in the US, Mega Millions and Powerball, have accumulated huge prizes, together totaling more than $1 billion. People across the US who are hungry for a chance at the jackpots are buying tickets despite the “cartoonish” odds of winning.

The Mega Millions jackpot carries a prize of $667 million, the largest in the game's history, and Powerball one of $345 million. They've gotten so big because nobody's won in a long time: the last Mega Millions jackpot was won on July 24 and the last Powerball on August 11. CNBC reported that those massive numbers, though, are the annuity options, paid out over 29 years. Most winners choose the immediate cash prize, which is $380 million for the Mega Millions, the next drawing of which is Tuesday, and $199 million for Powerball, which will next be drawn on Wednesday.

© Photo : Pixabay
You Spent It On What? The Lottery Winners Whose Money Went Down the Drain

If nobody wins, the prize goes still higher. Each game has a ways to go until it becomes the biggest-ever, though, which was a $1.586 billion Powerball prize back in January 2016.

I have received my code. Pretty sure the winning Mega Millions numbers are in this code! Time to figure this out!#MEGAMILLIONS pic.twitter.com/bzW0U2wu9e

​With such big jackpots, lots of people are going out and buying tickets despite the low chances of winning. And as usual, they're marinating on just what they would spend the jackpot on if they won.

Some people took the political route, offering to help plug holes in the US' budget due to the shifting concerns of the Trump administration or to fund opposition political groups.

I read this morning that the #MegaMillions jackpot is like 600-something million. I pledge (to Lesley Stahl) that if I win I will donate lots of it to the Dems, the Flint water situation, Planned Parenthood and the Obama Foundation

​Others pointed to the ease with which high profile problems like the lead-contaminated water supply in Flint, Michigan, could be fixed with access to a lottery windfall. One Twitterer noted Flint's water problems would only take $55 million to overhaul.

Hey, if only one person wins this Tuesday's #MegaMillions, they would get a $372 million cash option! Is it true it only would cost $55 million to fix Flint's Water Crisis?
Think of what you could do with $317 million… #lottodreams #justathought

​Other people are just excited to be a part of the action!

I have my tickets for the richest #MegaMillions drawing ever…$667 million. Imagine 2/3 of $1 billion. Combined with tomorrow's #Powerball the jackpots now top $1 billion!

​A common practice when the jackpot gets this big is pot entries, where a bunch of people pool their tickets to give all of them a combined higher chance of getting the six necessary numbers to win, pledging to split the prize money evenly.

Just looked at our office lottery pool and thought “Man, that’s a lot of people to split with.” #MegaMillions #Greed pic.twitter.com/nLr8opPWif

​However, some are just out for themselves:

​And then there are people who are out to expand their social capital by splitting up some of the monetary capital at stake:

The #SweatysAlmost1BillionDollarMegaMillionGiveaway IS LIVE! I will equally divide this up with everyone that Retweets this and is following me Must hit all Six Numbers on this 🎟️to WIN #Giveaway #MegaMillions #ContestAlert #Freebie #WIN
➡️Must enter before 10:45pm EST 10/16◀️ pic.twitter.com/AqjBsoeWSQ

​Competing for a huge cash prize might reek of Mammon-worship, and some were worried about the fates of their eternal souls if they participated. Or perhaps they can prove that wealth doesn't corrupt after all?

Oh, Lord, let me prove to you that winning the #MegaMillions will not change me! pic.twitter.com/EhfwG4WNTF