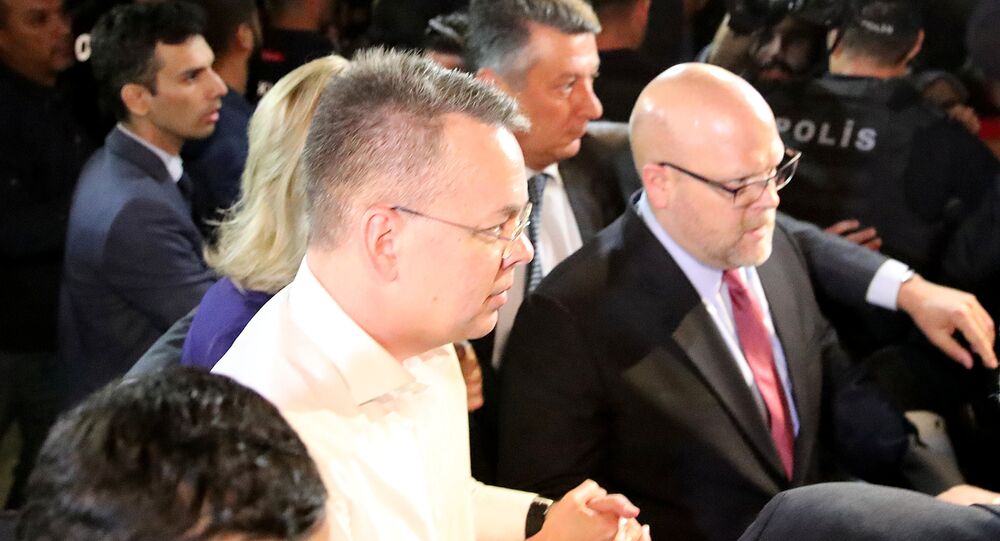 MOSCOW (Sputnik) - US pastor Andrew Brunson was allowed to walk free on Friday after a court in Turkey's Izmir ruled he did not have to serve any more jail time. US President Donald Trump welcomed the pastor at the White House on Saturday.

Trump allegedly called for a plan to be drafted in late August for the complete removal of US diplomatic staff from Turkey amid concerns about the detention of US pastor, media reported citing senior administration and State Department officials.

© AP Photo / Pablo Martinez Monsivais
Brunson's Release 'a Win for Trump, But Not a Big Win' – Turkish Analyst
In particular, the plan to close the US embassy and all diplomatic missions would have occurred over a 60-day period, starting with the removal of senior diplomats, according to the ABC News TV channel.

"For a while, we were in fear of an apocalyptic break in relations with Turkey. It would be starting with the chargé [d'affaires] to send a message: 'no personnel left behind,'" the official was quoted as saying by the broadcaster.

The TV channel said the plan was one of half-a-dozen other options including increasing sanctions on Turkish officials and business. Washington doubled tariffs this summer on Turkish metal imports after demands to release the pastor who was imprisoned in the country for two years over his alleged ties to plotters of the 2016 failed coup.