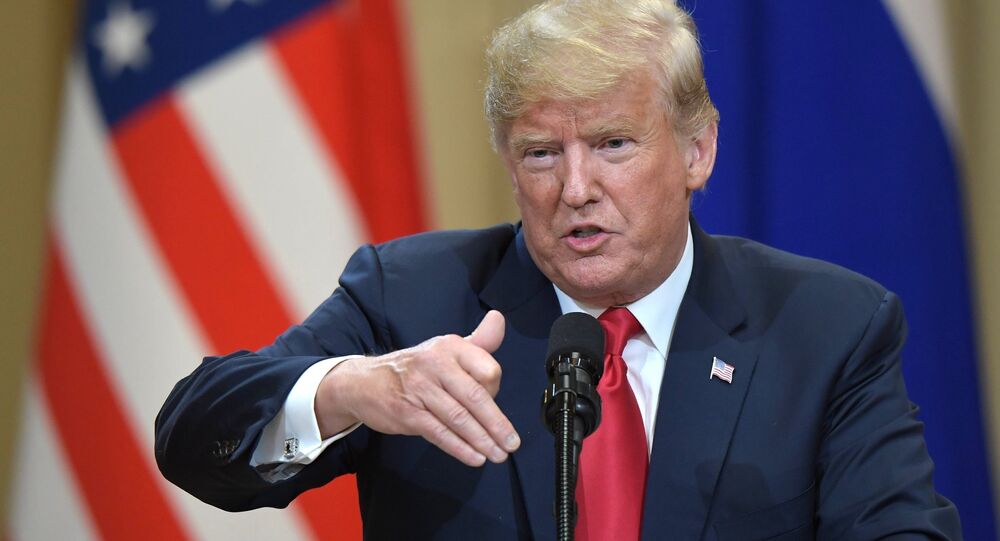 US President Donald Trump said in an interview aired by CBS on Sunday that he believes that China is more dangerous than Russia, in regards to "election meddling."

"I think China meddled also. And I think, frankly, China […] is a bigger problem," Trump told CBS, when asked whether he believes that Russia interfered in the 2016 election campaign.

© CC0
Trump Claims of China Campaign to Sway US Elections Refuted by Friend and Foe
"Do you really think I'd call Russia to help me with an election? Give me a break. They wouldn't able to help me at all. Call Russia. It's so ridiculous," Trump told CBS.

US National Security Adviser John Bolton said furing a raio interview aired on Friday that the major issue of the 21st century for the United States is China due to its ability to build economic and military power while violating international norms.

US Secretary of Homeland Security Kirstjen Nielsen said on Wednesday that China has launched an unprecedented campaign to influence the opinions of Americans,however, Beijing has not yet attacked US election systems.

Trump's accusations of election meddling come as the United States and China have become increasingly embroiled in a trade dispute that has seen the two sides impose tariffs on billions of dollars’ worth of goods.

© AP Photo / J. Scott Applewhite
US Treasury Secretary ‘Won’t Lose Any Sleep’ Over China Selling US Bonds
The trade war between China and the United States escalated in June when US President Donald Trump announced that $50 billion worth of Chinese goods would be subject to 25 percent tariffs, with Beijing responding in kind. The latest round of the US tariffs came into effect in September, which deteriorated the situation even further.

Trump said during a United Nations Security Council meeting last month that China was meddling in the 2018 midterm elections.

China's Envoy to US: 'It's Not Our Warships That Are Going to Gulf of Mexico'

Bolton: US Sees China as 'Major Issue' of Century