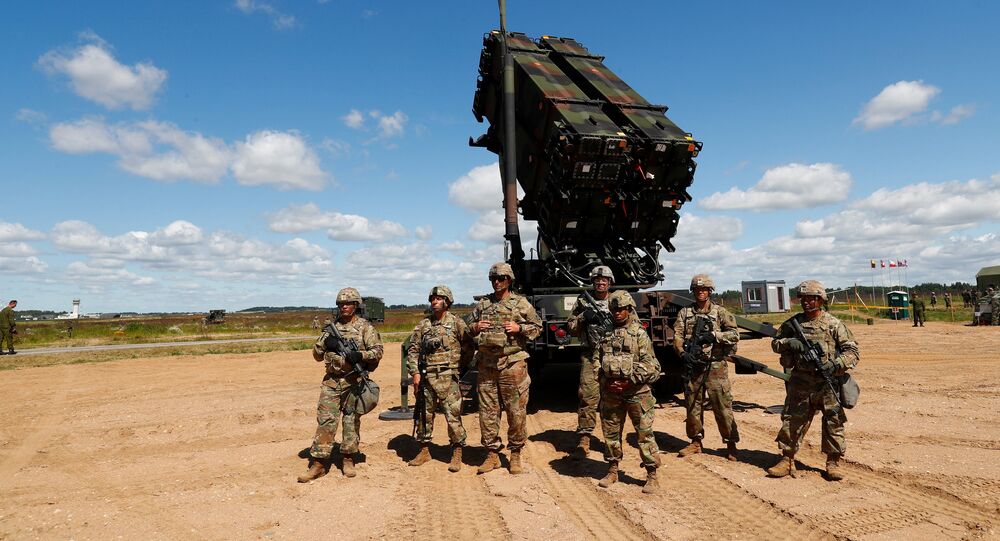 On Saturday, the US Government Accountability Office released a report, in which it specifically underscored that the Pentagon has yet to resolve "the scale of [cyber] vulnerabilities" to US weapons systems.

A recent federal report claiming that the US Department of Defense (DoD) is still "in the early stage of trying to understand how to apply cybersecurity to weapon systems" is nothing but an embarrassing wake-up call for the Pentagon, the Hill cited US military experts as saying.

Bob Taylor, former Pentagon acting general counsel during the Obama administration, stressed that servicemen's lives could "depend on the weapon system working as it's supposed to."

"But if it [weapons system] contains a vulnerability that could be triggered by an adversary, it may not carry out a function that you're counting on it having. And that could be a matter of life and death," he underscored.

Taylor urged US military leaders to send a stronger message to the Pentagon and prompt it to adopt relevant cybersecurity practices and better recognize risks.

"I think that there really needs to be a strong message the people will be held accountable for not adequately responding to the shortcomings that have been revealed, and to create a culture of real care and attention to the vulnerabilities that the network weapons systems create,” he underlined.

Taylor was echoed by Rep. Jim Langevin, a member of the House Armed Services Committee and co-founder of the Congressional Cybersecurity Caucus, who said that said he was "not surprised" by the US Government Accountability Office's report.

"While DoD has made progress in lowering its cybersecurity risks, it has not moved fast enough," Langevin pointed out.

Also criticizing the Department of Defense's stance on cyberattacks was Edgard Capdevielle, chief executive of the industrial cybersecurity firm Nozomi Networks, who said that "it's entirely surprising that military leaders turned a blind eye to security weaknesses within the Pentagon's multibillion-dollar weapons systems."

READ MORE: Modern Weapons No Longer Guns, They are Computers That Can Fire – Cyber Expert

"Addressing cybersecurity vulnerabilities after the fact is a monumental task, so it's unfortunate that the military failed to take action despite continued warnings from the Government Accountability Office," Capdevielle noted.

John Harmon, a former NSA analyst and vice president of sales for cyber firm Endgame, in turn stressed the importance of cyber standards being constantly be updated.

READ MORE: Analyst: US Not in Habit of Sharing Its Offensive Cyber Capabilities

© AP Photo / Pablo Martinez Monsivais
Trump Authorized Offensive Cyber Operations, US National Security Advisor Bolton Says
"Compliance is not security, it's compliance. Some of these systems again were built a long time ago. And sure, they might be compliant with when they were put out, but they're not up to date when it comes to there being some kind of a system that actually protects these things from some kind of sophisticated adversary," he emphasized.

Earlier this week, a report by the Government Accountability Office found almost all US weapons systems had significant cyber flaws.

The survey cautioned that the Department of Defense "likely has an entire generation of systems that were designed and built without adequately considering cybersecurity."