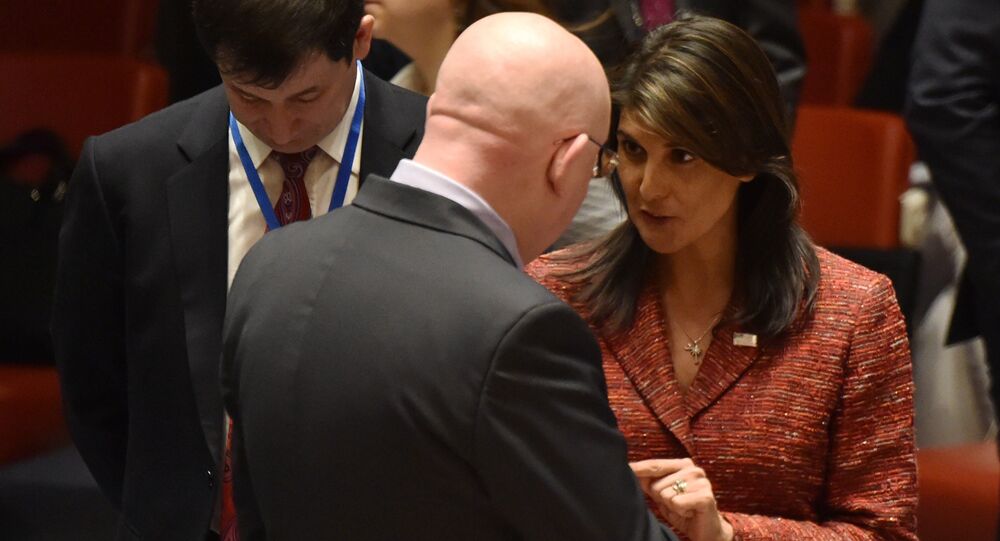 'It is a Secret': Russian Envoy to UN Preparing Goodbye Gift to Outgoing Haley

FORT ROSS (Sputnik) - Russian Ambassador to the UN Vassily Nebenzia has a farewell gift for his outgoing US counterpart Nikki Haley but will not say what it is yet.

"It is a secret. She is leaving but she has not left yet," he told Sputnik in Fort Ross, a historic Russian site in California where a wayward cross was unveiled on Saturday.

© REUTERS / Jeenah Moon
'Safe Bet': Main Candidates to Replace Haley as US Envoy to UN Revealed
The US ambassador to the UN announced on Tuesday her surprise decision to step down at the end of this year. She served in this role since January 2017.

Russian Ambassador to the United Nations Vassily Nebenzia todl reporters on Tuesday that he regrets the fact his US counterpart Nikki Haley is resigning from her position at the world body. Nebenzia also said it became clear from Haley’s explanation the decision to leave the post is hers and has to be respected.

Donald Trump said earlier he would name a candidate to fill Haley's the position within two to three weeks.