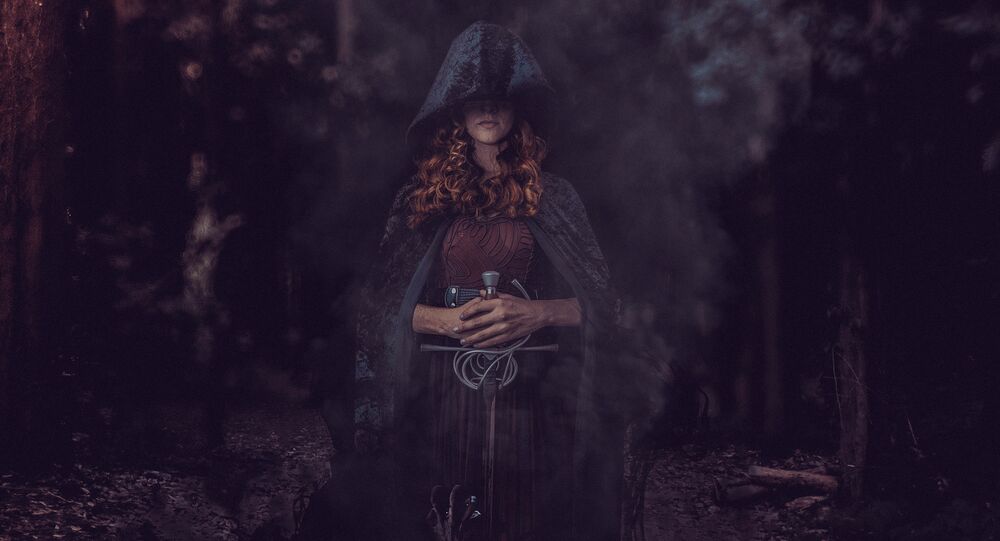 The ritual will be held at a "pagan bookstore" which previously hosted several rituals to hex US President Donald Trump.

A coven of witches in New York is preparing to hold a public hexing event aimed at the recently elected Supreme Court Justice Brett Kavanaugh, as well as at “all rapists and the patriarchy which emboldens, rewards and protects them,” Miami Herald reports.

According to the newspaper, the three-hour “Ritual to Hex Brett Kavanaugh” is expected to be held on October 20, in a “pagan bookstore” in Brooklyn called Catland.

"We will be embracing witchcraft’s true roots as the magic of the poor, the downtrodden and disenfranchised," the event’s organizers declared, adding that Kavanaugh "will be the focal point, but by no means the only target, so bring your rage and all of the axes you’ve got to grind."

© AP Photo / Alex Brandon
Attack on ‘White Women’ Over Kavanaugh Strategy to Bash US Majority – Activist
The tickets to the ritual were priced at $10, with 25 percent of the proceedings going to Planned Parenthood and another 25 percent going to Ali Forney Center, a community center helping homeless LGBT youth.

The bookstore where the ritual is to be held also reportedly hosted “a few ritual hexes to hex Trump at the beginning of his presidency,” the newspaper adds.

Judge Brett Kavanaugh was sworn in Saturday as US Supreme Court Justice on October 6, after being confirmed by the US Senate.

READ MORE: Nearly Half of US Voters Think Media Coverage of Kavanaugh Hearings Was Biased

The vote put an end to weeks of bitter debates after three women came forward to accuse the judge of sexually assaulting them in the past. Kavanaugh denied the allegations, while President Trump has been accusing Soros-funded protesters of trying to "make Senators look bad".

Kavanaugh Country: What Has America Become?