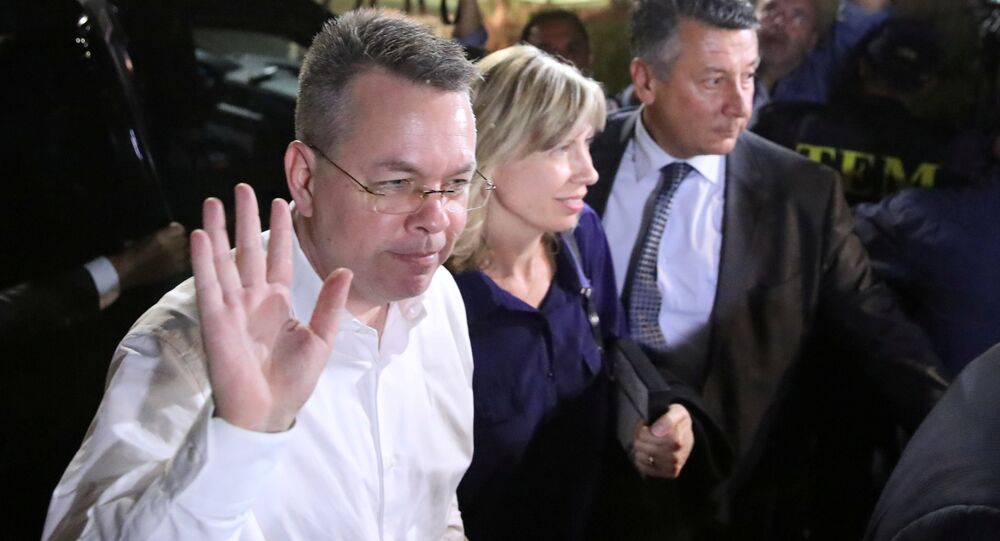 US pastor Andrew Brunson was recently released in Turkey after a court in Izmir ruled he did not have to serve any more jail time. Hours before his arrival, US President Donald Trump invited him to the Oval Office.

Recently released US pastor Andrew Brunson has arrived at the United States, AFP reported, citing a Christian group. As the media specified, his plane touched down at Andrews Air Force Base. Prior to that, US President Donald Trump invited him to visit the White House.

READ MORE: Erdogan Replies to Trump's 'Thank You' for Aiding in US Pastor Brunson's Release

© Sputnik / View of Izmir
Turkey’s Court Rule on Pastor Brunson Proves Judiciary Independence - Official
The pastor was released from prison in July and then detained under house arrest until October 12, when a court allowed him to walk free, ruling that he did not have to any serve more jail time. Soon after that, Andrew Brunson boarded a plane for the United States

Brunson was detained three years ago in connection with his alleged ties to US-based cleric Fethullah Gulen. The latter was accused by Turkey of plotting the 2016 failed military coup.