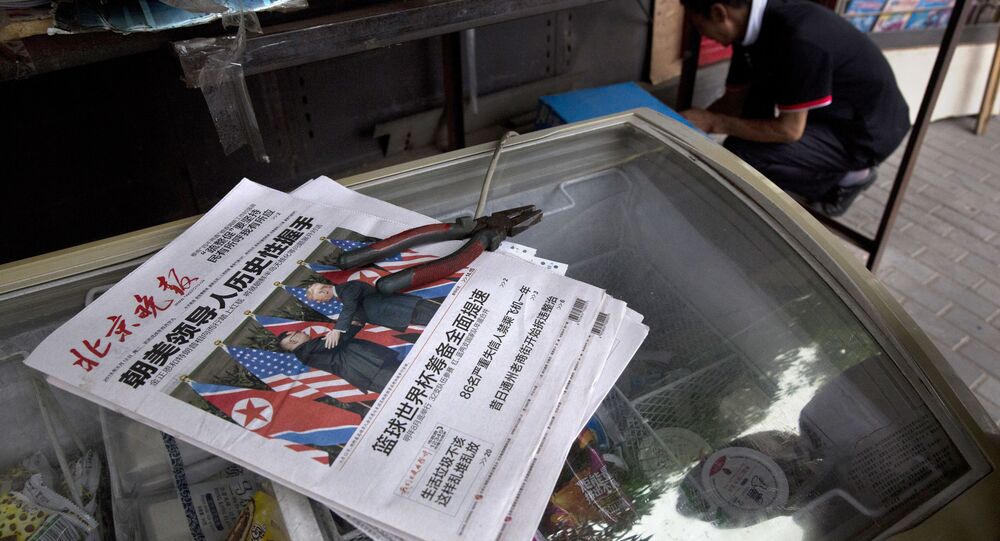 WASHINGTON (Sputnik) - The second meeting between US President Donald Trump and North Korean Chairman Kim Jong-un is expected in the next coming months, US National Security Adviser John Bolton said in an interview.

"We'll see a meeting, I think, between Chairman Kim and President Trump sometime in the next couple of months," Bolton said in an interview with broadcast journalist Hugh Hewitt published on Friday.

© Sputnik / Valeriy Sharifulin
Pompeo Accuses Russia of Undermining Sanctions Policy on North Korea
Bolton said the combination of the potential use of military force against North Korea and the maximum pressure campaign brought the country’s leader to the negotiating table.

If North Korea denuclearizes completely and irreversibly, then its country could have a very different future, Bolton added.

The situation on the Korean peninsula improved this year since the leaders of North and South Korea began bilateral talks that resulted in a joint agreement to reach a peace deal. In June, the United States and North Korea reached an agreement requiring Pyongyang to denuclearize in exchange for sanctions relief and a halt to US-South Korean military drills.