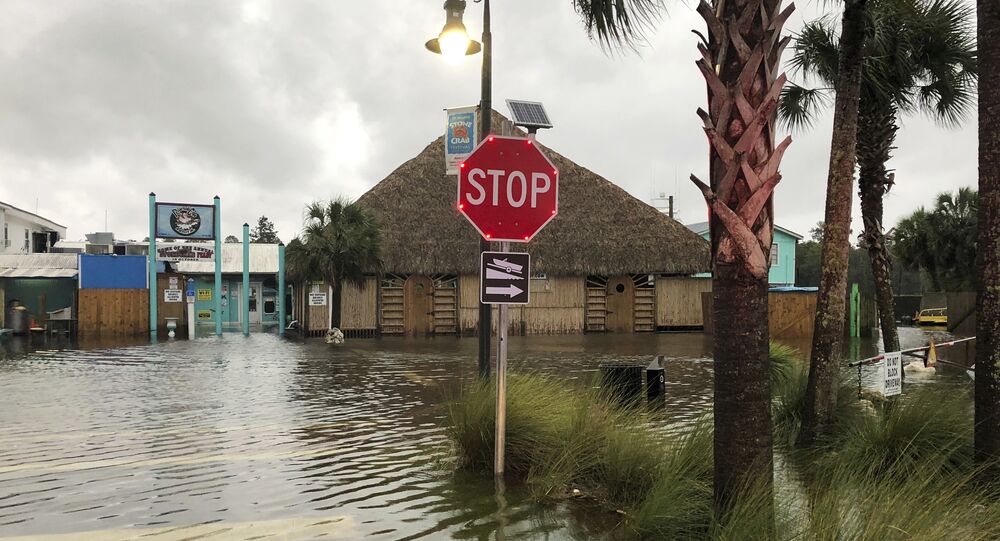 MOSCOW (Sputnik) – Powerful Hurricane Michael inflicted extensive damage to the US Tyndall Air Force Base located in the southeastern state of Florida, the base said.

Forty people have been rescued in the aftermath of Hurricane Michael thus far and another 232 people aided, the US Coast Guard announced in a press release on Friday.

The Coast Guard also helped evacuate 142 from a nursing home to a hospital in the state of Florida city of Pensacola, the release said.

"The base remains closed. Trees and power lines block nearly every road. At this time, power and basic utilities remain out," the statement added.

The devastating Hurricane Michael made landfall near Mexico Beach, Florida on Wednesday afternoon with winds of 155 miles per hour (250 kilometers per hour). According to media reports, six people were killed by the hurricane, which devastated the US East Coast.

According to US media reports, the US largest group of F-22 stealth fighters, which is stationed at the base, and other aircraft were flown to safety before the storm.

More than 1.5 million residents remained without power, according to local media reports.