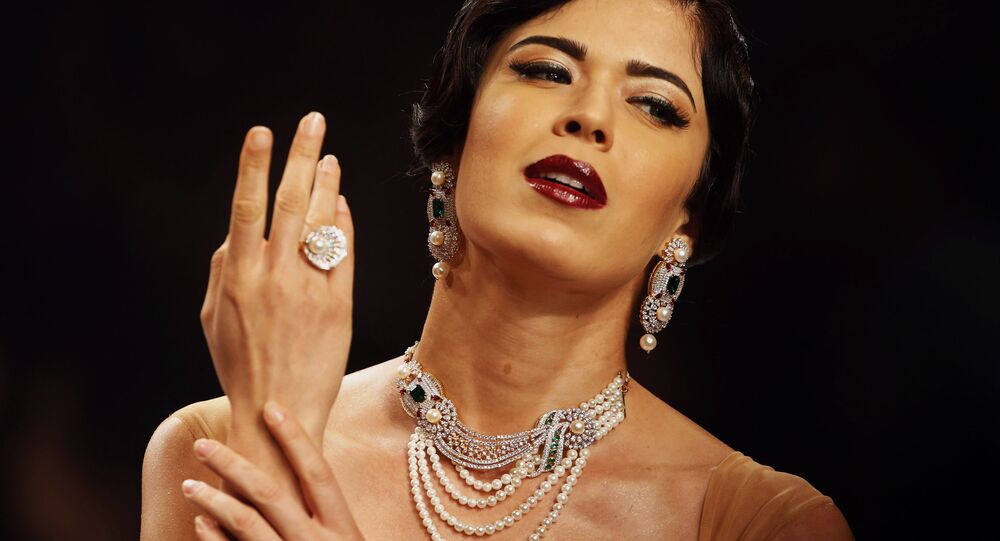 Cadmium is a naturally occurring toxic heavy metal found in industrial workplaces, plant soils and some types of tobacco. Due to its low permissible exposure to humans, overexposure may occur in situations where even small quantities of cadmium are found.

Dozens of adult jewelry items purchased from US retail stores were at least 40 percent cadmium and most were more than 90 percent, according to newly released test results, the Associated Press wrote in an exclusive report.

Costume jewelry containing the toxic metal cadmium have been finding their way to the shelves of US national retailers, such as Ross, Nordstrom Rack and Papaya, the Associated Press reported.

© AP Photo / Vadim Ghirda
Dutch Defense Ministry to Pay to Workers Over Toxic Paint Scandal – Reports
According to a survey done for the nonprofit Center for Environmental Health, some jewelry sold with women’s dresses and shirts were almost 100-percent cadmium, which can cause cancer and reproductive harm after prolonged exposure.

Laboratory testing found 31 adult jewelry items purchased from retail stores were at least 40 percent cadmium, and most were more than 90 percent.

Even though the use of cadmium in adult jewelry is not regulated by law, California allows no more than 0.03 percent cadmium in children’s jewelry.

Cadmium has been found to accumulate in the body and can damage the kidneys and bones. Maximum damage is done by ingesting small amounts or by inhaling it, most commonly through cadmium-containing tobacco. There have been some documented cases of cadmium being absorbed through skin contact.

According to the AP report, most of the tainted items were sold at Ross, which has over 1,400 stores in 38 US states. Tests showed that one pendant from a necklace chain contained 100 percent of the dangerous metal.

California’s Proposition 65 law makes it mandatory for businesses to inform consumers about exposure to chemicals that cause cancer or other reproductive harm.

READ MORE: Russian Company Creates Jewelry That Can Be Used for Coloring