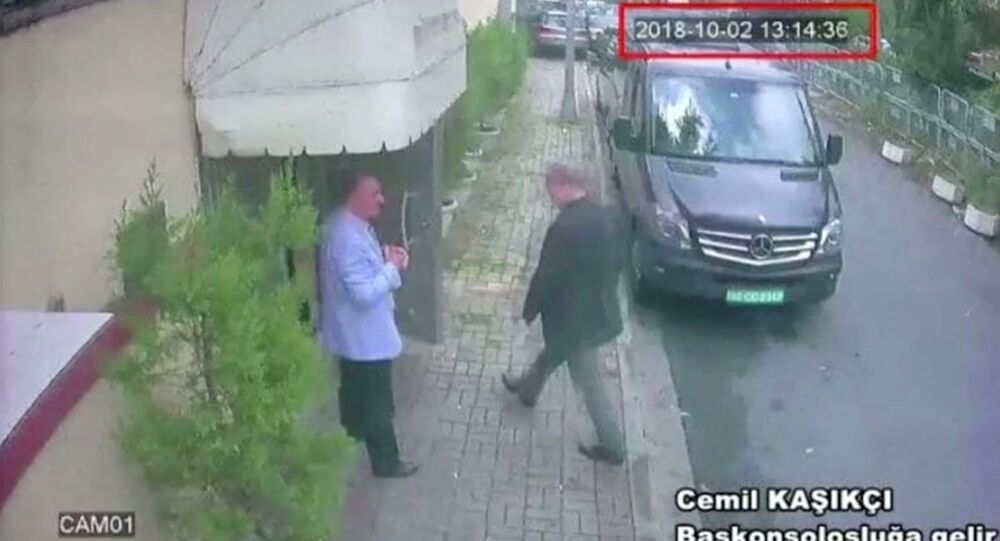 WASHINGTON (Sputnik) - The United States had no advanced knowledge that could have prevented the disappearance of Saudi columnist Jamal Khashoggi, US State Department Deputy Spokesperson Robert Palladino told reporters on Wednesday.

"I can say definitively, the United States had no advanced knowledge of Jamal Khashoggi’s disappearance," Palladino said.

The Washington Post on Tuesday reported that US intelligence services intercepted communications among Saudi officials discussing plans to capture the journalist. Khashoggi was a columnist for the newspaper.

Last week, the Turkish-Arab Media Association reported that Khashoggi went missing in Turkey. His fiancee said the journalist was invited to the Saudi Consulate in Istanbul to obtain documents needed for his upcoming marriage. The fiancee stayed outside waiting for Khashoggi for several hours before she was told by one of the Consulate's employees that her fiance had already left and has not been seen by her ever since.

US media reports have said that Turkish investigators believe the journalist was murdered inside the Saudi Consulate. Saudi Arabia has denied the allegation.