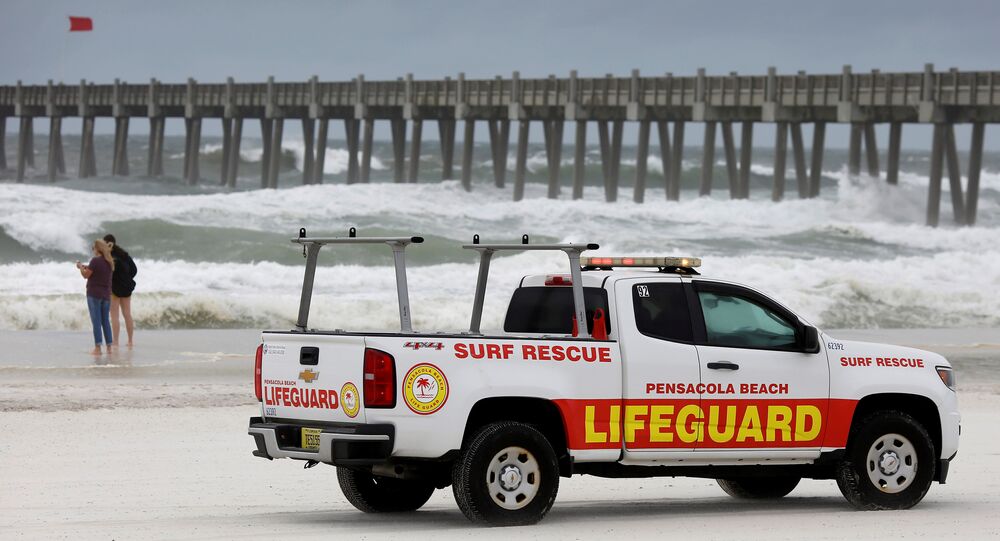 WASHINGTON(Sputnik) - Hurricane Michael will strengthen to become a major storm before it makes landfall in Florida on Wednesday, the National Hurricane Center in Miami (NHC) said Tuesday.

"Data from an Air Force Reserve Hurricane Hunter aircraft indicate that the maximum sustained winds are near 110 mph (175 km/h) with higher gusts. Additional strengthening is expected, and Michael is forecast to be a major hurricane at landfall in Florida," the NHC said in its latest advisory.

© AP Photo / Mary Altaffer, file
Gulf of Mexico Oil Output Falls by Nearly 40% Due to Hurricane Michael
Florida Governor Rick Scott said earlier that Michael was expected to make landfall as a Category 3 storm as soon as Wednesday. He urged residents in the affected areas to not take warnings from officials lightly. "This is your last chance to get prepared for this monstrous and deadly storm," he said in a Twitter post.

Meanwhile, Hurricane Michael is now predicted to reach a level close to category 4 when it hits the US state of Florida on Wednesday.

"Strengthening is expected overnight and on Wednesday, and Michael is forecast to be near category 4 strength when it makes landfall in the Florida Panhandle or the Florida Big Bend area," the advisory said on Tuesday.

The eye of the hurricane, the release added, is expected to move inland over Florida on Wednesday before heading northeastward and possibly moving off the US Mid-Atlantic coast and away from the United States on Friday.

Earlier in the day the NHC said the storm had intensified to a category 2. Florida authorities said they expected Michael to hit the state as a category 3. Michael, which emerged in the Mexican Gulf, hit Honduras, Nicaragua and El Salvador on Monday and has reportedly claimed the lives of at least 13 people.

Cameras outside the @Space_Station captured views of #HurricaneMichael at 12:13pm and 12:50pm ET today, Oct. 9, as the storm churned over the Gulf of Mexico. Take a look: https://t.co/Hs6COCrHog pic.twitter.com/bre1jL1F6y