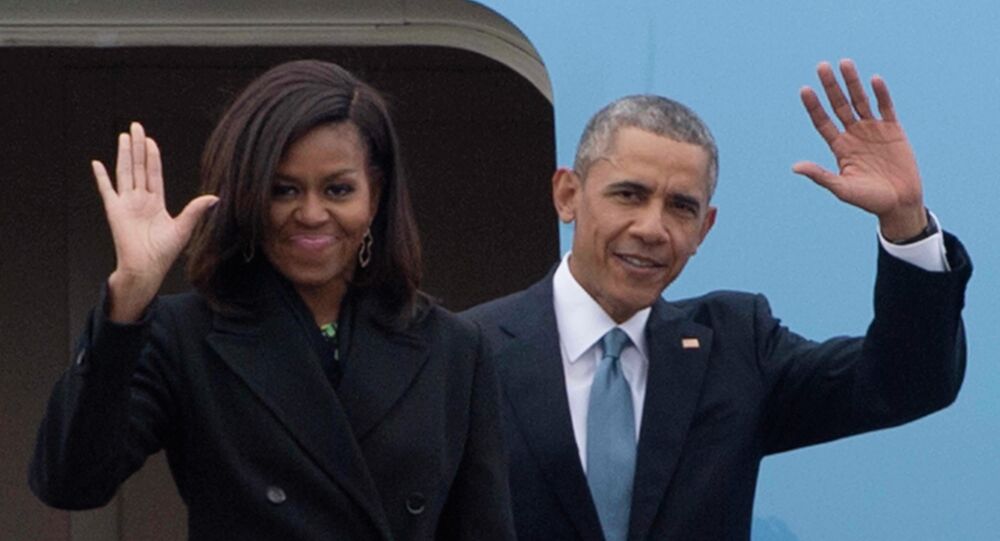 The posts the acting chief of the EPA engaged with were found on Facebook and Twitter within the past five years, some as recently as September 2018, the Huffington Post reports.

The most outrageous of the posts, published in 2013, included a meme posted by an Italian page whose name can be transliterated to "My mother is a virgin." In it, an image shows former President Barack Obama and former First Lady Michelle Obama staring longingly at a banana — a clear reference to the racist trope that black people are like monkeys, a common feature of how African Americans were depicted in during the Jim Crow era in American media.

Wheeler left one comment on Facebook under an article about former Secretary of State Hillary Clinton, US President Donald Trump's 2016 general election opponent, in which she said that the Bible has had a lot of influence on her thinking. "I think she's mentioned in the Book of Revelation," Wheeler wrote in 2014. "Right after the Four Horsemen."

Memes comparing Clinton to Satan or insinuating that she is a demon proliferated on social media during the 2016 election cycle.

Meanwhile, Wheeler also retweeted several right-wing firebrands, including convicted felon and documentarian Dinesh D'Souza; Jack Posobiec, a promoter of the Pizzagate conspiracy theory which suggested that high-level Democrats were involved in a child sex ring out of a popular DC restaurant, and a provocateur known to stage false flag stunts to smear left-wing protesters; and Paul Joseph Watson, who works as an editor at the conspiracy-peddling website InfoWars.

This isn't the first time Wheeler has been scrutinized for his affinity for fringe right wing media personalities. The Daily Beast previously brought to light an August 2016 tweet, which Wheeler later deleted, defending fired Breitbart editor Milo Yiannopoulos after his ban from Twitter for encouraging harassment against black "Saturday Night Live" comedian Leslie Jones. In it, Wheeler linked to a video published by Watson which asked, "What's next? Are you going to ban people all together if they trigger your butthurt?," called journalist Glenn Greenwald an "apologist for radical Islam" and suggested that "Twitter's arbitrary, punitive rules are only enforced against conservatives because Twitter is bankrolled by Saudi Arabia."