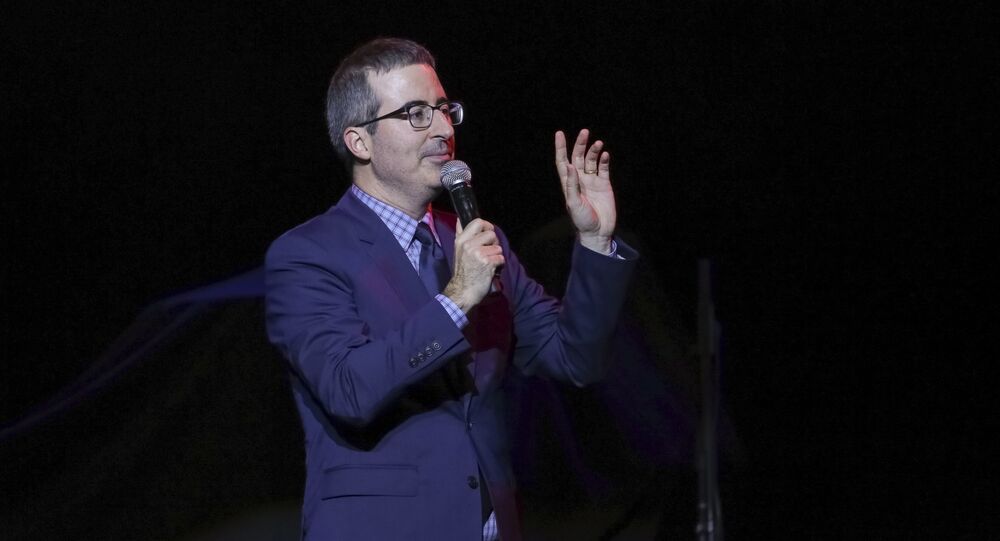 John Oliver, an HBO comedian, attempted to make fun of the allegations of Soros's involvement in the widespread protests against Judge Brett Kavanaugh's nomination to the US Supreme Court, Haaretz reported Monday.

"Do you believe George Soros is behind all of this, paying these people to get you and your colleagues in elevators or wherever they can get in your face?" Bartiromo asked Grassley last Friday.

"I have heard so many people believe that. I tend to believe it. I believe it fits in his attack mode that he has and how he uses his billions and billions of resources," Grassley replied.

"But you know that's bulls**t Grassley, don't you?" said John Oliver of the allegations, during his Last Week Tonight show Sunday.

© CC0
Beer for Brett: Twitter Divided as Kavanaugh Rides Into Supreme Court
Fox News reported on Thursday that women participating in what the conservative media outlet described as "seemingly organic, powerful protests" all come from the nonprofit Center for Popular Democracy that has received funding from Soros, or more precisely, from Soros's Open Society Foundations (OSF), as the National Review clarified.

"Perhaps because the women expressed such raw emotion, few media outlets dug into their political activism," the National Review reported on an incident involving a group of women who confronted Senator Jeff Flake in a senators-only elevator on Capitol Hill.

"The Center is a left-wing group that is heavily funded by George Soros's Open Society Foundations. Indeed, as of 2014, the Open Society was one of the three largest donors to the group."

In fact, National Review's John Fund writes, one of the two women in the elevator was Ana Maria Archila, an executive director at the Center for Popular Democracy. The other one, Maria Gallagher, was also an activist within the group.

"The decision to discuss the Kavanaugh nomination with Senator Flake was obviously a deeply personal one, and Ms. Ana Maria Archila has explained her thinking and motivations for doing so; the decision was entirely independent of OSF's support," Silber said, while acknowledging that OSF "has long supported the work of the Center for Popular Democracy," according to the Washington Post.

On October 7, Kavanaugh was sworn in as the 114th Supreme Court Justice, despite three women accusing the judge of sexual assault, allegations that Kavanaugh has denied.