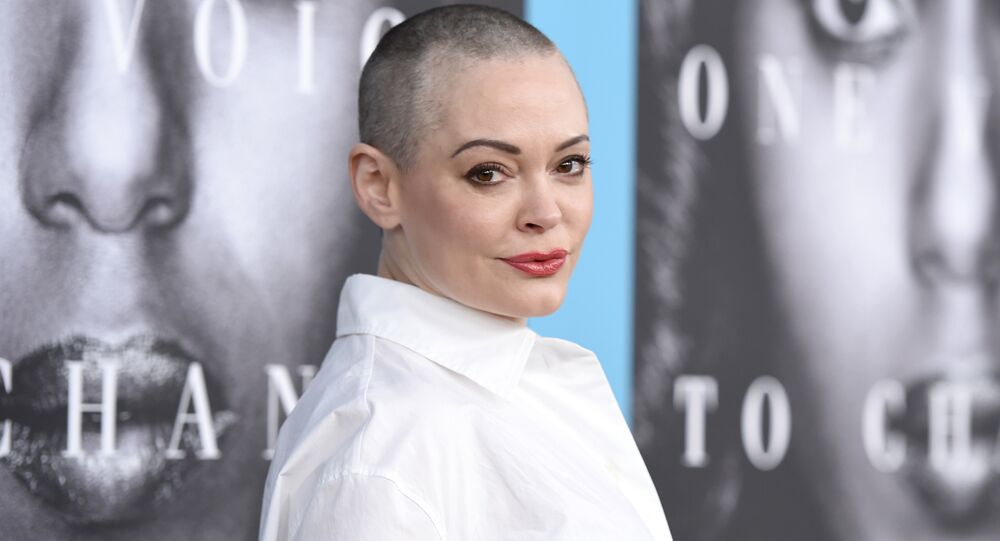 Actress Rose McGowan, once one of the most vocal #MeToo advocates, who gave momentum to the movement with her sexual assault revelations, has sided with Trump’s supporters, lashed out at Meryl Streep and Hillary Clinton, as well as complained about fellow celebrity campaigners.

Rose McGowan, once one of the #MeToo campaign's leading figures, has slammed the campaign’s celebrity supporters as “douchebags” and complained that she has been excluded from the movement in an interview with The Sunday Times.

“They’re not champions. I just think they’re losers. I don’t like them…How do I explain the fact that I got a GQ Man of the Year award and no women's magazines and no women's organizations have supported me?" McGowan told the newspaper.

The actress, whose revelations about producer Hervey Weinstein allegedly raping her prompted discussions about sexual assault and the predatory behavior of Hollywood power brokers, claimed that she’s been left out of #MeToo events the newspaper described as "campaign lunches or survivors’ brunches."

“And I don’t want to go, because it’s all bulls..t…It’s a lie. It’s a Band-Aid lie to make them feel better. I know these people, I know they’re lily-livered, and as long as it looks good on the surface, to them, that’s enough,” she told the British outlet as she lashed out at the entertainment industry for its outward support of the #MeToo movement.

Criticizing Hollywood, she also sided with the base of Donald Trump, although she distanced herself from supporting the US President’s politics.

“They hate Hollywood for being faux liberals – and they’re 100 percent right about that. It’s a bunch of faux liberals. It’s crap, and they know it is deep down, but they’re living an empty life, and to me that’s their punishment. They get to live the lives they live,” she said in the interview.

Additionally, McGowan took aim at Hillary Clinton and Meryl Streep, whom Trump previously verbally attacked. According to McGowan, it was "literally impossible” that one of the most celebrated actresses knew nothing about Weinstein’s behavior.

Her outspoken criticism of the movement and its advocates within the industry has sparkled debates on Twitter.

Some accused the celebrity, who once co-created the movement, of hypocrisy and attempts to boost her career with #MeToo hype.

I NEVER thought that she was sincere. I have always felt it was an act to help boost her career

she is a nut case

​Amid the backlash, McGowan has denied she has ever called the campaign a lie, and she decided to clear up some of her statements on her social media.

I never said #MeToo is a lie. Ever. I was talking about Hollywood and Time’s Up, not #MeToo. Ugh. I’m so tired of erroneous sh*tstorms. #MeToo is about survivors and their experiences, that cannot be taken away.

​However, some also slammed her attempt at damage control.

Rose McGowan is now attempting to walk back her statements about #MeToo that she made in a recent article, which she says were actually about #TimesUp. Which would make sense if she was talking about gender pay equity. But the article I read was about sexual violence.