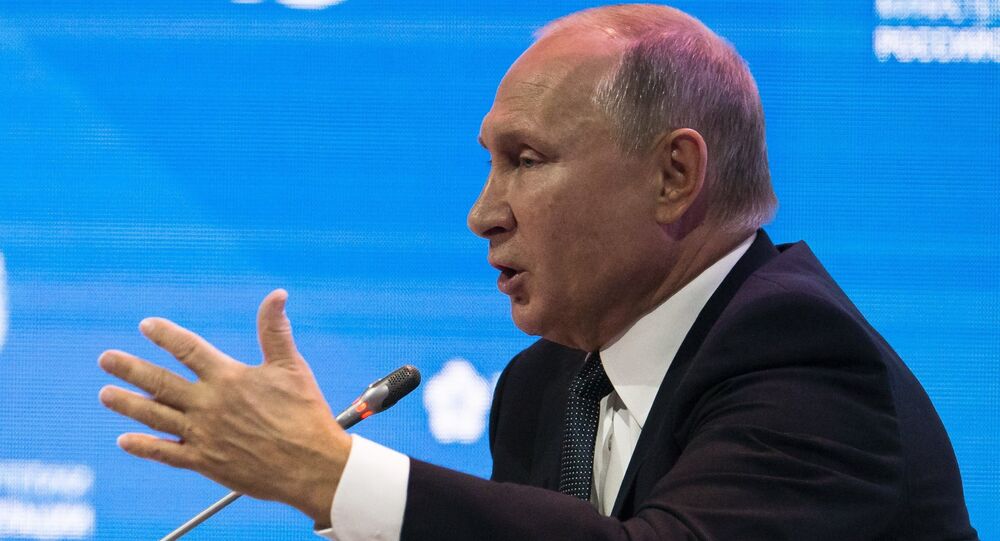 In an unusual case, a Utah man was charged with threatening US government officials with the substance from which the deadly toxin ricin is derived: castor beans. According to Utah newspapers, the former Navy serviceman has a history of sending threatening mails and a criminal record in his state.

Court documents have revealed that the suspect charged with sending ricin-laced letters to high-profile US officials, including President Trump, also sent them to the Queen of England, Russian President Putin, and Attorney General Jeff Sessions.

According to the Utah-based newspaper Deseret News, the man, identified as William Clyde Allen III, 39, got emotional during the court proceedings. When told that he could remain in custody pending a hearing on October 15, he burst into tears and told the judge he was looking forward to watching the upcoming general conference of The Church of Jesus Christ of Latter-day Saints and had to help his disabled wife.

The former US Navy serviceman was charged on Friday with sending packages laden with ricin targeting US President Donald Trump, Defense Secretary James Mattis, FBI chief Christopher Ray, and US Admiral John Richardson. He subsequently confessed to sending four envelopes containing harmless castor beans, which can be refined to produce ricin, accompanied by a note reading, "Jack and the Missile Bean Stock Powder."

The letters never made their way to the addressees and were seized at a shipping office. According to the court papers, FBI investigators easily zeroed in on the suspect because he wrote his return address on all the envelopes.

Allen explained he bought the castor beans "to have them in case World War III broke out" and that "he could make them useful, to bear arms and to defend our nation."

The court complaint says this isn't the first time Allen has threatened government officials: in 2015, he mailed the CIA vowing to "kill the president if the agency did not stop infringing on his constitutional rights."

In February 2017, he reportedly sent a threat to Texas-based Lackland Air Force Base with a note reading, "I have a bomb to kill your people."

In both cases, he was interrogated by federal law enforcement officials.

Allen served two and a half years in prison after pleading guilty to attempted aggravated assault in 2008; his criminal record also includes two counts of child abuse in 2005.

Salvation or Deadly Poison for the Elderly? Scientists Get Divided on Aspirin