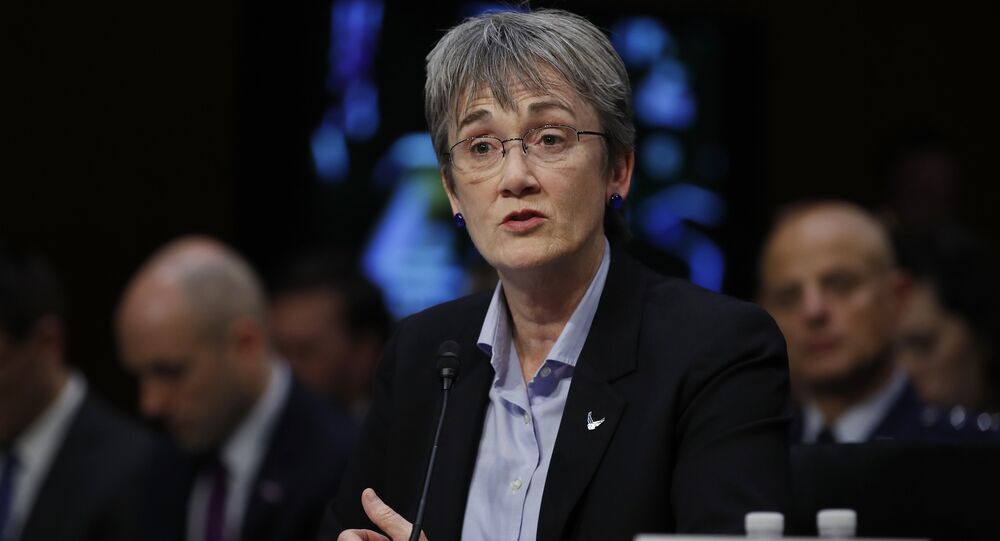 In mid-June, US President Donald Trump instructed the Department of Defense to start creating a Space Force as the sixth branch of the US Armed Forces.

US President Donald Trump is considering firing Air Force Secretary Heather Wilson after next month's midterm elections over her handling of his plan to establish the Space Force within the US military, according to Foreign Policy.

The news outlet cited several sources familiar with the situation as saying that aside from Trump, Deputy Defense Secretary Patrick Shanahan is also displeased with Wilson's perceived campaign to undermine the US president's order to create a Space Force.

"Shanahan hates her guts, and [US Defense Secretary James] Mattis is lukewarm at best," one of the sources pointed out.

White House spokeswoman Lindsay Walters, however, insisted that Trump is not mulling Wilson's ouster and that "all reporting to the contrary is simply false."

"The Department of Defense leadership team is focused on defending our great nation and working together to be worthy of the blood, treasure and faith entrusted to us by the American people," White said.

© East News / AP
Professor Explains if Establishment of US Space Force Really Necessary
Shortly after Trump announced the creation of the US Space Force in June, Wilson issued a memo to airmen in which she cautioned that the process of establishing a new military branch will take time and that it could cost 13 billion dollars to turn the Space Force into a reality.

Speaking at a White House meeting on June 18, Trump said that he had ordered the Department of Defense and the Pentagon to "immediately begin the process necessary to establish a Space Force as the sixth branch of the armed forces."

"We have the Air Force and we're going to have the Space Force. Separate but equal," Trump added.