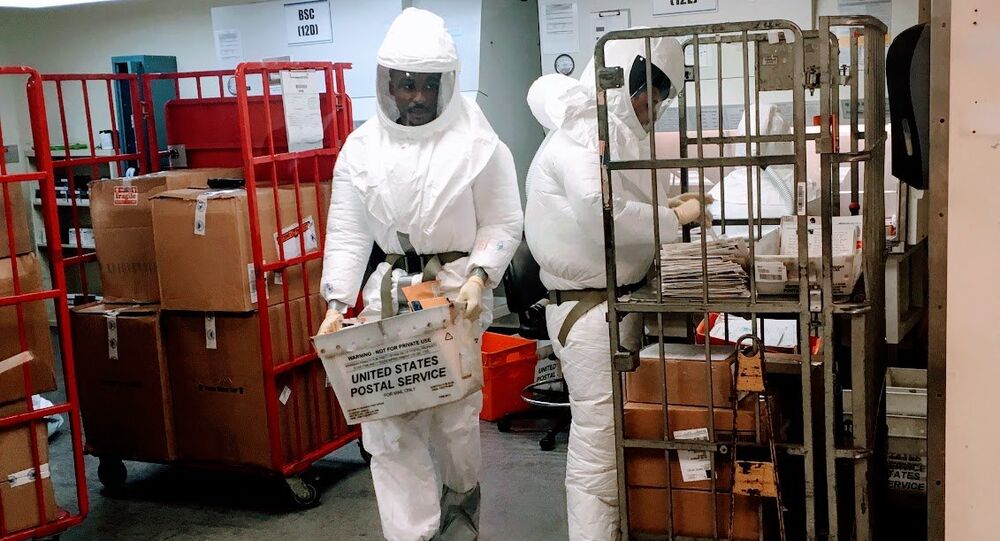 WASHINGTON (Sputnik) – A US Department of Defense research program to protect crops by changing the genes of insects could possibly violate the international Biological Weapons Convention, five European researchers warned in a research paper published in the journal Science on Thursday.

"If successful, the technique could be used by malicious actors to help spread diseases to almost any crop species and devastate harvests," said the paper, which was authored by the French and German researchers including geneticist Robert Guy Reeves of the Max Planck Institute for Evolutionary Biology in Germany and evolutionary biologist Christophe Boete of the Institute of Research for Development in France.

The Defense Advanced Research Projects Agency (DARPA) launched the project, called "Insect Allies," in Arlington, Virginia in 2016, with the goal of using insects such as aphids to infect crops with tailor-made viruses that can deliver certain genes to mature plants, the researchers explained.

The objective, DARPA says, is to find a new way to protect plants from emerging threats. But the researchers said the program could easily be perceived as a covert effort to produce a biological weapon.

"In the context of the stated aims of the DARPA program, it is our opinion that the knowledge to be gained from this program appears very limited in its capacity to enhance US agriculture or respond to national emergencies," they wrote. "As a result, the program may be widely perceived as an effort to develop biological agents for hostile purposes and their means of delivery, which — if true — would constitute a breach of the Biological Weapons Convention."

DARPA Program Manager for Insect Allies Blake Bextine said in a Thursday statement that he disagrees with the scientists’ opinion.

"I appreciate the thought that went into the critique of the program presented in Science, though I disagree with its conclusions. Technologies dealing with food security and gene editing certainly do have a higher bar than most for transparency, research ethics, and regulatory engagement, and I believe Insect Allies meets that raised standard," Bextine said.

© AP Photo / Alex Brandon
Trump Signs Biodefense Strategy Addressing Threats from State, Non-State Actors – Official
The 1972 Biological Weapons Convention is an international treaty signed by 182 nations, including the United States and Russia, which bans the production and stockpiling of an entire class of weapons of mass destruction, according to a UN website.

The paper's publication comes amid increasing global concerns about the possible covert development of biological weapons.

Pentagon spokesperson Eric Pahon denied Kirillov's assertion that one such facility in Georgia, the Lugar Center for Public Health and Research, is being used for the development of biological weapons.