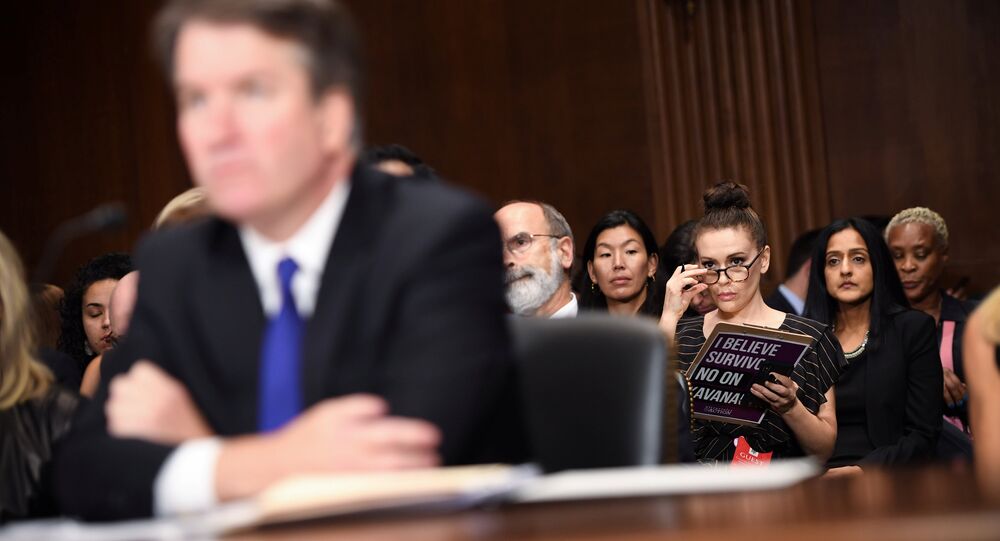 Several women have accused US Supreme Court nominee Brett Kavanaugh of sexual misconduct, while the judge has denied all the allegations before the Senate Judiciary Committee.

Chairman of the Senate Judiciary Committee Chuck Grassley has stated that the FBI had found "no hint of misconduct" in its background investigation into claims of sexual misconduct against Supreme Court nominee Brett Kavanaugh.

The US president has reacted to the probe in a tweet.

This is now the 7th. time the FBI has investigated Judge Kavanaugh. If we made it 100, it would still not be good enough for the Obstructionist Democrats.

Earlier, the White House, as well as the Senate Judiciary Committee, confirmed that they had received the FBI’s report on sexual misconduct allegations against Kavanaugh.

The White House has stated that it is "fully confident" the Senate will approve his nomination, a spokesman said.

As the report is confidential, senators will not be allowed to talk about its content.

© AP Photo / Andrew Harnik
WATCH GOP Senator Strike Back as Anti-Kavanaugh Protester Confronts Him
Senate Majority leader Mitch McConnell earlier reported of permitting the chamber to deliver a vote on Brett Kavanaugh's nomination for the Supreme Court after reading through the FBI report. The initial Senate vote on Kavanaugh’s nomination is set for Friday, October 5.

Kavanaugh has been accused of sexual misconduct committed in the 1980s by three women: Christine Blasey Ford, Deborah Ramirez and Julie Swetnick.

FBI to Present Report on Kavanaugh to Senators Thursday - Reports