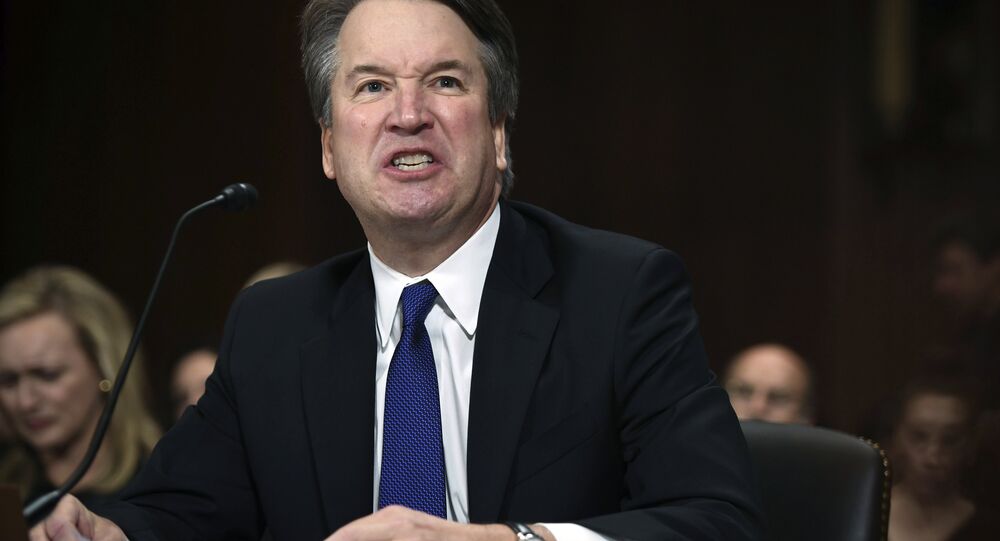 Senate Majority leader Mitch McConnell will allow the chamber to deliver a vote on Brett Kavanaugh’s nomination for the Supreme Court after reading through a FBI report set to be released on Thursday.

Earlier on Wednesday McConnell pledged that the chamber would vote on Kavanaugh this week so the Senate could then take a final vote on his nomination as early as Saturday, the Hill reported.

“There will be plenty of time for Members to review and be briefed on this supplemental material before a Friday cloture vote. So I am filing cloture on Judge Kavanaugh’s nomination this evening so the process can move forward, as I indicated earlier this week," McConnell said.

Republicans hold a slim 51-seat majority meaning they could lose one senator vote before needing help from the Democrats to get Kavanaugh through and confirmed to the Supreme Court. However, Democratic senators have said they will not support the Kavanaugh nomination after the FBI report that is set to be released on Thursday.

“This is now the seventh time the FBI has looked into Judge Kavanaugh’s background. And this information comes on top of what has already been one of the most thorough, most exhaustive Senate reviews of any Supreme Court nominee in our nation’s history," McConnell said.

Meanwhile, the US President Trump on Wednesday said the US is standing with Brett Kavanaugh “all the way” despite the sexual misconduct allegations that delayed the final voting on his confirmation. “Wow, such enthusiasm and energy for Judge Brett Kavanaugh. Look at the Energy, look at the Polls. Something very big is happening. He is a fine man and great intellect. The country is with him all the way!” Trump tweeted.

Wow, such enthusiasm and energy for Judge Brett Kavanaugh. Look at the Energy, look at the Polls. Something very big is happening. He is a fine man and great intellect. The country is with him all the way!

© AFP 2020 / YURI GRIPAS
FBI Sexual Misconduct Probe Targets Everyone Except Kavanaugh, Ford - Reports
Republican senator Ben Sasse said on Wednesday night that he had urged President Trump to nominate someone other than Brett Kavanaugh earlier this year, yet Trump stood by his candidate.

“Although I've said many complimentary things about Judge Brett Kavanaugh and his distinguished record … I will say that I urged the president back in June and early July to make a different choice before he announced this nomination,” Sasse said in his speech, noting that he “urged the president to nominate a woman.” Circuit judges Joan Larsen and Amy Coney Barrett were considered to be on the White House’s shortlist.

He also noted that he was concerned about the Senate’s ability to get a hold about potential sexual allegations scandal: "Part of my argument then was that the very important 'Me Too' movement was also very new and that this Senate is not at all well prepared to handle potential allegations of sexual harassment and assault,” he said.

Kavanaugh has been accused of sexual misconduct committed in the 1980s by three women: Christine Blasey Ford, Deborah Ramirez and Julie Swetnick. The FBI is currently conducting a background investigation on Kavanaugh.