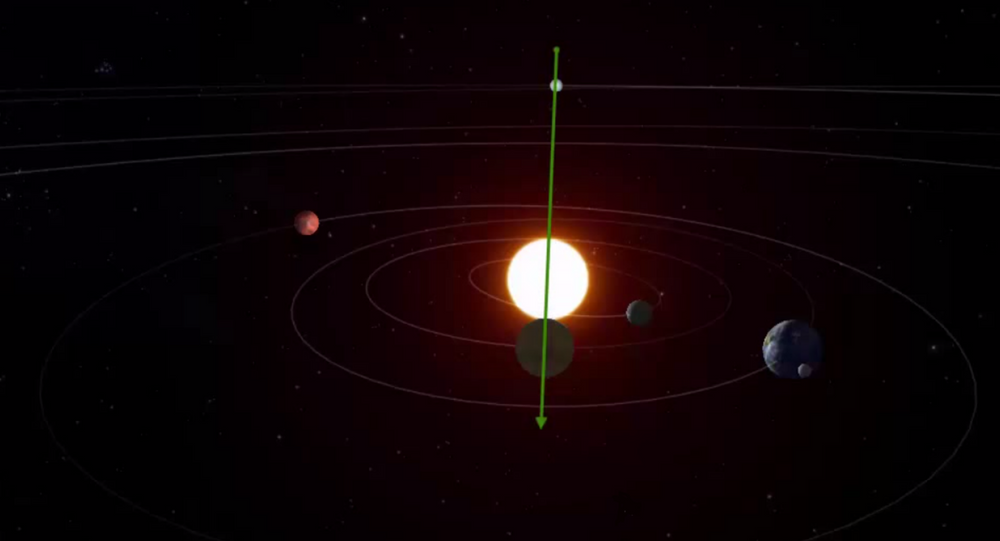 WASHINGTON (Sputnik) – The Hubble and Kepler space telescopes have discovered what could be the first moon found outside the solar system, NASA announced in a press release on Wednesday.

"This moon candidate, which is 8,000 light-years from Earth in the Cygnus constellation, orbits a gas-giant planet that, in turn, orbits a star called Kepler-1625," the release said. "Researchers caution that the moon hypothesis is tentative and must be confirmed by follow-up Hubble observations."

Evidence of a moon was discovered by observing light fluctuations as the celestial body passed in front of its host planet, a phenomenon known as a transit signal, the release said. The same technique used to discover exoplanets when crossing paths with a host star, the release added.

Tantalizing evidence of what could be the first discovery of a moon orbiting a planet outside our solar system has been uncovered in data from the @NASAHubble & @NASAKepler telescopes. More on this moon candidate that is 8,000 light-years from Earth: https://t.co/svtn9EwygU pic.twitter.com/O4tm9AHIWb

Exomoons, however, are harder to detect because they are smaller, meaning the transit signal is much weaker, the release noted. In addition, the paths of lunar orbits typically vary with each revolution.

In the latest discovery, researchers found one instance in planet Kepler-1625b of a transit signature with intriguing anomalies, suggesting the presence of a moon, the release said.