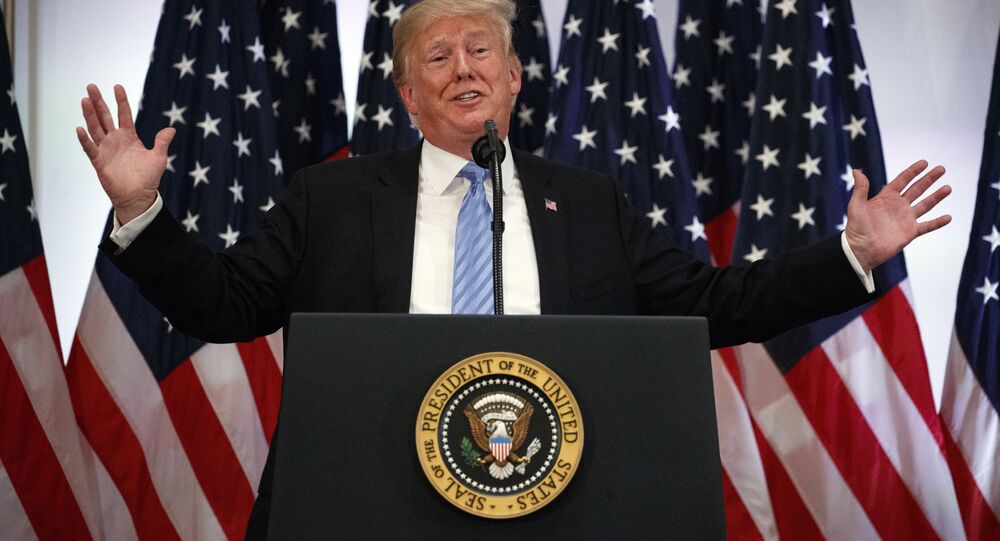 After days of restraint, the US president has expressed his opinion on Dr. Christine Blasey Ford's testimony during a supporter rally.

During his rally on Tuesday night in Mississippi, Trump raised questions about whether Ford’s testimony could be considered credible.

The US president also cast doubt on Julie Swetnick, the third woman to accuse Kavanaugh of sexual misconduct and who was interviewed by NBC earlier Tuesday. “Did you see that interview?” Trump said “This woman had no clue what was going on. No clue. Yet she made the most horrible charges against a…great father, great husband.”

Trump’s doubts about Ford sparked outrage among her attorneys. Michael Bromwich, an ex-Department of Justice prosecutor, who sat near Ford during her testimony, called Trump a “profile in cowardice.”

A vicious, vile and soulless attack on Dr. Christine Blasey Ford. Is it any wonder that she was terrified to come forward, and that other sexual assault survivors are as well? She is a remarkable profile in courage. He is a profile in cowardice. https://t.co/UJ0bGxV1EZ

Texas Senate candidate Beto O’Rourke attacked the president for his comments, saying that Ford should be treated with dignity and “not demeaned and belittled by the President of the United States.”

Dr. Ford showed courage, power, and strength in her testimony. She should be treated with dignity and respect — not demeaned and belittled by the President of the United States.

Speaking to reporters in Washington earlier, Trump said that “It's a very scary time for young men in America, where you can be guilty of something that you may not be guilty of,”  he said to the reporters in the White House, adding “my whole life, I've heard you're innocent until proven guilty. But now you're guilty until proven innocent.”

Supreme Court nominee Kavanaugh has been accused of sexual misconduct by three women: Ford, Deborah Ramirez and Swetnick for incidents that took place over 30 years ago. Kavanaugh has denied all the allegations. The FBI is currently conducting a background investigation on Kavanaugh with the report being expected to be released on Friday.