That's according to federal contracting data released by the General Services Administration (GSA).

"These platforms are in high demand by DEA division offices across the country, and will be utilized on a continuous basis for constant and targeted LPR acquisition efforts in rural and difficult to cover areas where LPR fixed or other mobile applications are not effective or available," GSA says. 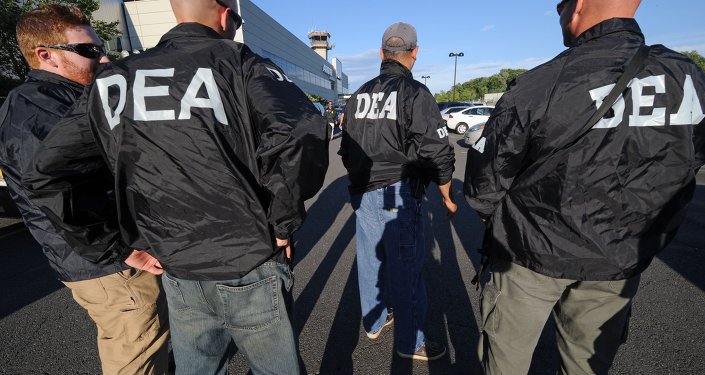 The price of the LPR signs was redacted from the documents. It isn't clear how many are being purchased, but they'll be in the agency's hands by October 15.

The DEA's National License Plate Reader Program was kept secret for four years until 2012. The efficacy of the program is dubious — the DEA does not disclose how much of the information it gets through the program is related to crimes, but on the local level, license plate readers have collected massive amounts of data while surveilling very few criminals.

LPRs are an issue at the forefront of the debate over mass surveillance in the US. Like many surveillance tools, the massive amounts of data they suck up can be coupled with algorithms for invasive programs like so-called predictive policing and other practices some find troublesome. For example, the highly controversial Immigration and Customs Enforcement (ICE) gained access to a national license plate database in January and the Sacramento, California, Department of Human Assistance (DHA) pays $5,000 every year a license plate database operated by a private company, Vigilant Solutions, which coincidentally also serves the DEA. Sacramento's DHA uses the data to crack down on welfare fraud, but in 2012, only 0.02 percent of Sacramento's welfare recipients were discovered to have committed fraud.

The DEA, in particular, has broad access to surveillance technologies generally considered too invasive to be in the hands of local authorities, law professor and surveillance expert Andrew Ferguson told Quartz. That's because the agency operates both domestically and abroad, so it can request funds for extremely invasive equipment if they argue that, for example, such tools could help them crack down on international drug trafficking. Typically in the US police need to obtain a warrant before conducting most forms of surveillance.