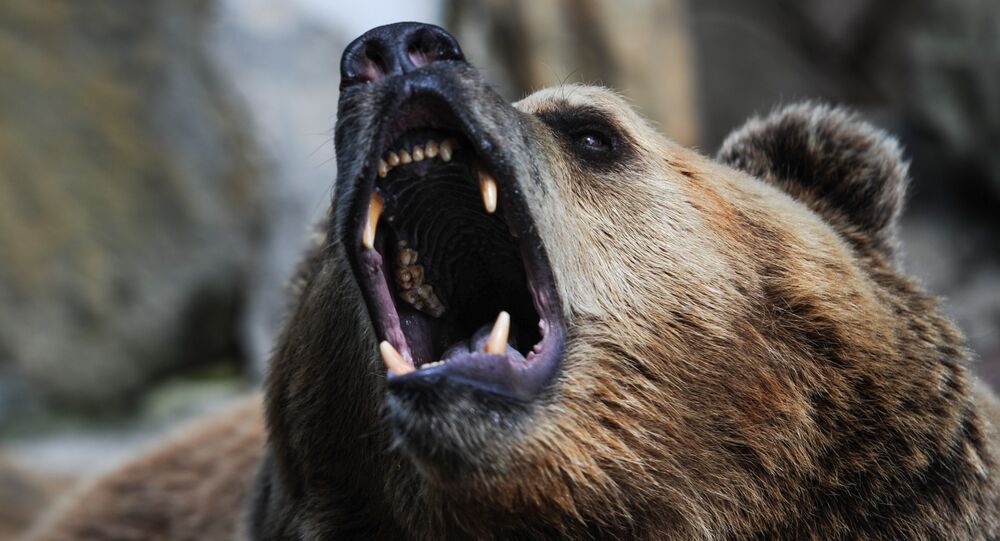 A hunter’s holiday in Alaska has turned into his worst nightmare after managing to fall victim to his own prey.

A hunter has been left fighting for his life after a grizzly bear that he shot fell down a hill and landed on top of him.

In what some may see as a rather ironic twist of fate, William McCormick, 28, was also walloped by a rock that was dislodged by the bear as it tumbled down the hill.
Mr McCormick was out with his 19-year-old hunting partner, Zachary Tennyson, when the incident happened. According to reports, Tennyson came away from the freak accident unscathed, and was thus able to send a distress beacon out to authorities.

READ MORE: Furry Followers: Hiker Stalked by Bears All Along the Alaskan Trail

McCormick was flown via helicopter to a hospital in Anchorage, Alaska's largest city, where he remains in critical condition, according to reports.
Alaska boasts several species of bear, including an estimated 30,000 brown bears.

Authorities have not issued a statement as to what species of bear McCormick shot was, nor whether it's still alive.

Allegedly, around 1,5000 brown bears are hunted down every year in Alaska.

Despite Mr McCormick's rather unfortunate debacle, the bear seems to be on the receiving end of most public sympathy.

I hope the bear recovers

Is the bear ok?

That's a seriously beautiful looking animal.. hunted for no other reason than fun and a power tripping ego boost to those lonely, insecure people that struggle to get through life normally without having to flex a symbolic muscle and puff out their feeble heartless chests…