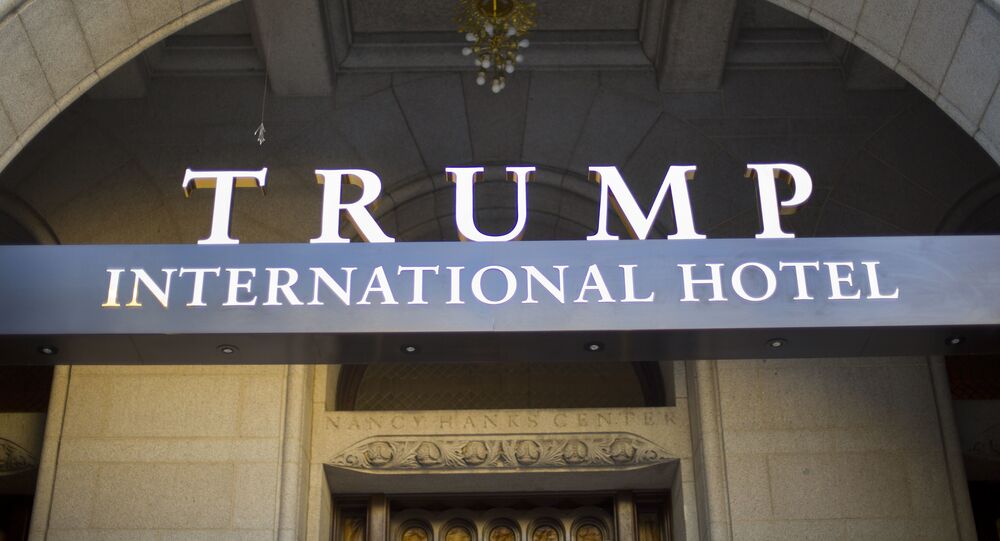 Federal Judge Emmet G. Sullivan of the United States District Court in Washington, DC, found on Friday that Congressional Democrats have standing to move forward with their lawsuit against US President Donald Trump over allegations he continues to break the Foreign Emoluments Clause of the US Constitution.

The lawsuit claims that because Trump's businesses, such as his hotels, continue to do business with foreign governments, he is in violation of the emoluments clause.

According to the US Constitution, "no person holding any office of profit or trust… shall, without the consent of the Congress, accept of any present, emolument, office, or title, of any kind whatever, from any King, Prince, or foreign state."

In other words, public servants, including the president, are forbidden from taking payments from foreign countries. While Trump has ceded management of his massive Trump Organization while in office, he still owns the company and can access its funds at any time. Democrats allege that by, for example, hosting world leaders at his DC hotel, he is profiting from them.

Trump has also not asked Congress to approve any private deals with foreign states.

Senators Richard Blumenthal (D-CT) and Representative Jerry Nadler (D-NY) are the leading plaintiffs in the case, backed by some 200 other members of Congress.

The presidents' lawyers had motioned to dismiss the Democrats' lawsuit, but the motion was struck down by Judge Sullivan on Friday. The finding means that the two lawsuits faced by the Trump Organization for improper receptions of payments from foreign governments can proceed.

In the past, presidents have divested from their businesses after taking office by putting their assets in a "blind trust," a "financial arrangement in which a person in public office gives the administration of private business interests to an independent trust in order to prevent conflict of interest." Trump, however, has granted the administration of his business to his children, which Democrats argue continues to constitute a conflict of interest and an indication that Trump has knowledge of business affairs he is not supposed to.