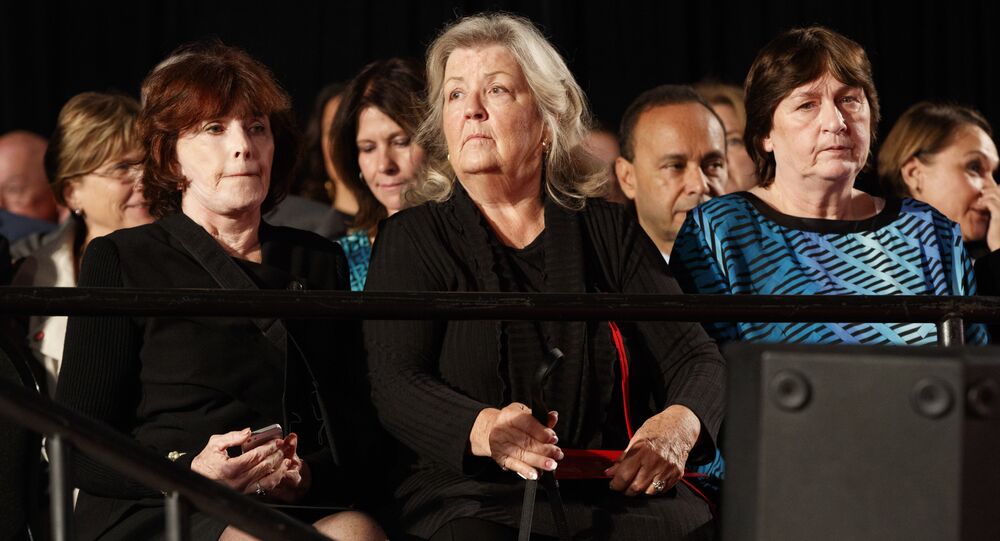 Juanita Broaddrick, a woman who accused former US President Bill Clinton of raping her, attacked Congressional Democrats Thursday for their treatment of sexual misconduct allegations against Supreme Court nominee Brett Kavanaugh, calling it “the biggest double standard I’ve ever seen.”

As Kavanaugh testified before the Senate Judiciary Committee Thursday, Broaddrick spoke to the media outside the building. The conservative judge faces multiple allegations of sexual assault and other sexual misconduct, including one by Christine Blasey Ford, who alleges that Kavanaugh tried to rape her at a high school party in 1982.

​While Ford has taken a polygraph test and told multiple people about the incident, Broaddrick raged that "Dr. Ford has no evidence; I had the who, what, when, where and how and had five people that I told, not even counting the woman who found me 30 minutes after the rape with a swollen, busted lip, torn clothes and in a state of shock," Fox News reported.

The rub is that two senators who did not believe Broaddrick when her story came to light in the late 1990s have now rushed to Ford's defense.

"How they can take these accusations and run with them, and laugh at mine for so many years, is the biggest double standard I've ever seen," she said of Democratic Senators Chuck Schumer of New York and Dianne Feinstein of California. "It makes me angry that they left [Clinton] in office."

Broaddrick alleges that Clinton raped her in 1978 while she was working on his Arkansas gubernatorial campaign. She gave a lengthy interview to "Dateline NBC" on January 20, 1999, while then-President Clinton was facing impeachment for perjury, having lied about his sexual misconduct with White House aide Monica Lewinsky. NBC delayed airing the interview until February 24 of that year, after the Senate had acquitted Clinton of his charges, Vox noted.

Bill Clinton Opens Up About What Makes Him Furious (Spoiler: It's Russia Again)